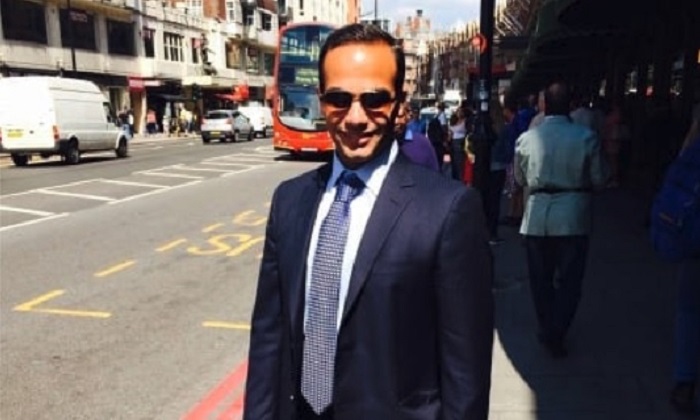 Greek-American former Trump Campaign aide George Papadopoulos, could be the first person to face criminal charges following his admission that he lied to the FBI on the Russia investigation.

Many American media portray Papadopoulos as an important player in the Trump campaign, and view the scandal as a huge setback for the Administration.

Two prominent sources in the Greek-American community, however, dispute the weight Papadopoulos carried in the decision-making process of Trump’s campaign.

Speaking to Greek Reporter, an anonymous source that was also part of the campaign said that Papadopoulos was a “third-tier” advisor.

“He was among hundreds of advisors from throughout the US who campaigned for Trump.”

This view coincides with the official White House response to the scandal which sought to downplay Papadopoulos’ role on the campaign.

White House press secretary Sarah Sanders said his role was “extremely limited” on a voluntary advisory board. “No activity was ever done in an official capacity,” she said Monday. However, video obtained by Greek Reporter shows that Papadopoulos was visiting Greece after the election representing then President-elect Trump.

Related Video: Papadopoulos Was Speaking as an Advisor to President-Elect Trump, in Greece

Papadopoulos’ name was raised first in connection with the Trump campaign when Trump listed him as one of his foreign policy advisors during a Washington Post editorial board interview.

A former Trump campaign official speaking to CNN, said Papadopoulos interacted with the campaign “a significant amount”, during the 2016 election cycle.

“He was a foreign policy advisor,” the official said. But the official described Papadopoulos as an advisor who was in contact with the campaign staff via email and not a familiar face around Trump Tower.

“It’s a joke that Papadopoulos could set up a meeting with president Putin,” another member of the Greek-American community told Greek Reporter.

Papadopoulos wasn’t involved initially with the Trump campaign but started out as a foreign policy advisor to then-GOP presidential primary candidate Ben Carson.

Papadopoulos, can come out at times as an attention-seeker, said the source. “A good kid”, often chasing photo-opportunities in Greek-American functions, conferences and galas.

The fact that there is not a single photograph of him next to Donald Trump signifies that he was not a key player in the campaign trail, the source claims.

From Chicago to Washington DC

Papadopoulos was born in August 1987 in Chicago, to a Greek-American family originally from Thessaloniki.

His father, Antonis was heavily involved in the local politics of the Greek-American community. He was the former president of the Pan-Macedonian Union of the United States.

In a recent interview, he has said that his family lives in a “Greek” home: “We start our day reading Greek newspapers and news, we are not cut off from Greece.”

Papadopoulos graduated from college in 2009, before moving to London to get a master’s degree in security studies.

He worked for the Hudson Institute starting in 2011 in Washington, as an unpaid intern, and has said he did work for the think tank through 2015, according to his LinkedIn account.

The Hudson Institute said in a statement he subsequently provided research “on a contractual basis” to a senior fellow, but he was “never a salaried employee” and last worked for the Hudson fellow in 2014.

He is currently an oil, gas and policy consultant, according to his LinkedIn page.