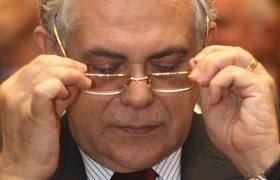 Greek-American George Papadopoulos, former campaign aide to Donald Trump who sought to secure a meeting between the future US president and Vladimir Putin, has pleaded guilty to lying to federal agents.

But Papadopoulos is the first person to face criminal charges that cite interactions between Trump campaign associates and Russian intermediaries during the 2016 presidential campaign.

Papadopoulos pleaded guilty on 5 October to one count of lying to FBI agents about the timing and nature of his interactions with “foreign nationals” who he thought had close connections to senior Russian government officials.

Papadopoulos revealed new details of his own involvement in attempts to garner connections between the Trump campaign and Russian officials.

A “statement of the offense” document released by the special counsel’s office – which Papadopoulos agrees is accurate as part of his guilty plea – states that “on or about March 31, 2016,” Papadopoulos attended a national security meeting with Trump and other advisers, at which Papadopoulos stated that he “could help arrange a meeting between then-candidate Trump and President Putin”.

Papadopoulos told investigators as part of the plea that he befriended a London-based professor with “substantial connections” to Russian government officials after he became an adviser to the campaign.

Papadopoulos initially told investigators that he met the professor before joining the Trump campaign – one of the lies he pleaded guilty to telling.

The professor was not named in court documents but is described as a person with close connections to the Kremlin who told Papadopoulos that Russia had “dirt” on Clinton in the form of “thousands of emails”.

The court records state that the professor had met with officials in Moscow immediately before telling Papadopoulos about the emails.

Papadopoulos was a member of the Trump campaign on foreign policy issues. Born in Chicago from parents originally from Thessaloniki, he studied political science at DePaul University in 2010 and got his Master’s degree from the University College London.

Before joining the Donald Trump camp, Papadopoulos was adviser in the Ben Carson election campaign, who withdrew from the electoral race by announcing his support for Trump.