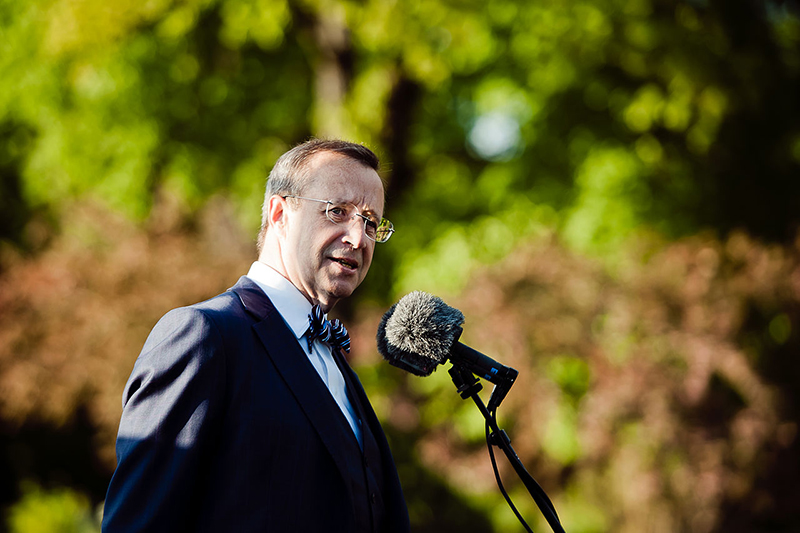 Former Estonian president, Toomas Hendrik Ilves, claimed his country showed “responsibility and dedication” towards the European Union during the time of the Greek crisis and paid a big price for it.

Speaking on BBC Radio 4’s ‘Europe Unbound’, Mr Ilves said that many northern European countries were still frustrated with Greece and the EU.

He said: “The problem for example is that Estonia did bail out Greece at a time where the minimum wage in Greece was 10% higher than the average wage. The retirement age for civil servants in Greece was 50 and in Estonia it was 62-years-old.”

“And their pensions were far, far higher than ours, so the sheer ludicrousness of us bailing them out was quite a difficult feat to pull off in Parliament in Estonia.”

“It was one of those cases where the Estonian Parliament showed responsibility and dedication to the European Union at tremendous political cost.

“Especially when you see in hindsight the Greek Government lied about its statistics to the point that they recently convicted their statistician for telling the truth.

“We’re not really keen on that idea to be honest, whatever the current Government’s position at the moment I am not sure, but I speak for a sense of how the people in my country feel, about this and I would say that northern Europe in general remains annoyed.”

Ilves is not the only one with this argument. Daniel Gros, director of the Centre for European Policy Studies, told CNBC: “None of the structural issues (public administration, enforcement of contracts, and so on) have been resolved.

“The country continues to pass all the laws and regulations required by the Troika (the IMF, the European Commission and the European Central Bank), but on the ground little has changed.”