GRNews
GreekReporter.comGreek NewsDiplomacyGreece and Spain in Diplomatic Spat Over Catalonia

Greece and Spain in Diplomatic Spat Over Catalonia 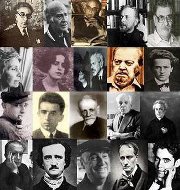 Greece called on Spain’s ambassador to Athens on Sunday to revoke statements  suggesting that the Greek government was not supportive of Spanish unity.
The Spanish Ambassador to Greece, Enrique Viguera, spoke to Sunday’s Eleftheros Typos newspaper saying that the Alexis Tsipras administration did not offer a clear assurance that it supports Spanish unity after Catalonia‘s attempts to secede. He also said that President of the Republic Prokopis Pavlopoulos, and main opposition New Democracy expressed clearly the support to the Madrid government for unity in Spain.
“Statements on the issue from the part of the (Greek) government are absent. However, other European governments warmly supported the territorial integrity of Spain and our government’s position,” Viguera said.
Greece’s foreign ministry reacted to the statement claiming that the Spanish ambassador attempted to interfere in domestic politics.
“It is with surprise that we note the comments made by the ambassador of friend and ally Spain, criticising publicly the Greek government,” the Greek foreign ministry statement said.
The Greek foreign ministry accused the ambassador of “insulting Greece’s constitution” by suggesting that the country’s president did not speak for the government.
Furthermore, by adopting the arguments of the political opposition, Spain’s ambassador was interfering in Greece’s domestic politics, the foreign ministry statement said. Also, the foreign ministry calls on the Spanish ambassador to offer explanations for his statements to the Greek government.
Earlier, Greek government spokesman Dimitris Tzanakopoulos said in a statement: “We are particularly concerned over the situation in Spain and reiterate that Europe can only advance united. Unilateral actions cannot be acceptable.”