GRNews
GreekReporter.comGreeceThe One Student 'OXI Day' Parade that Wasn't Worth of a Flag...

By Tasos Kokkinidis
October 28, 2017
Facebook
Twitter
WhatsApp
Linkedin
Email
Nine-year old Christos marched alone at a ceremony marking ‘OXI Day’ on the small Greek island of Arkioi, in the Dodecanese.
Christos is the only student of the primary school, the only school on the island. Maria Tsialera, his dedicated teacher, marched along with him in front of a crowd of 30-35 people; the entire population of the island.
The touching parade in honor of Greeks of previous generations who gave their lives for the country’s freedom, was made possible despite the odds.
Speaking to Greek Reporter, Tsialera said the school had no flag and no pole to hoist it. The mayor of Patmos, where administration for Arkioi is handled, provided a broomstick instead of a pole. The broomstick was painted white to give the piece of wood some respectability.
A flag was provided, but it was too big to handle by the boy. Tsialera had to bring her own flag from her permanent residence in a near-by island as an alternative, in case the promised replacement flag did not arive in time. 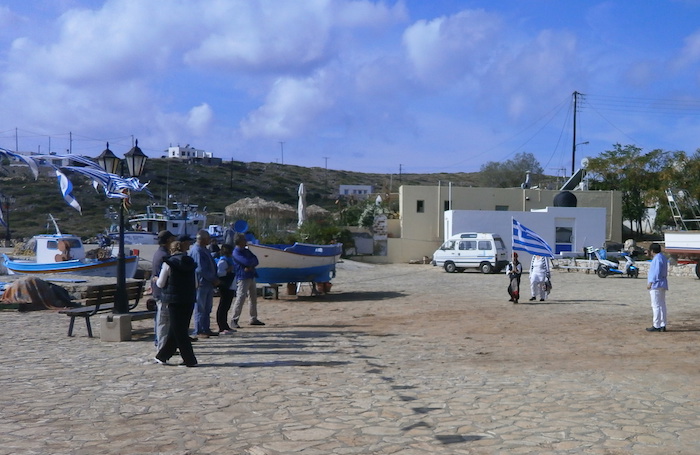 At the parade, Christos handled the broomstick-turned-pole with pride. The teacher said that she reconsidered her initial refusal to parade with the Greek flag on a broomstick for the sake of little Christos, who was excited and couldn’t wait for the parade.
“I was too embarrassed to use a broomstick…I think it’s shameful for the Greek flag to be treated in such a way,” Tsialera had said.
The teacher gave in to Christos’s wish to march, and to the patriotic feelings of the islanders. 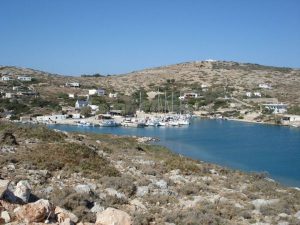 Tsialera; originally from Thessaloniki, said that getting a post in Arkioi was “a dream come true”.
She had visited the island in 2003 and since then her only desire was to be posted in this remote part of Greece.
The nearest island is Patmos; a 45-minute sea journey away, where administration for Arkioi is handled.
Tsialera says she does not mind the isolation from the rest of Greece. She talks with warmth about the islanders, but her favourite subject is her only student, Christos.
“He is a bright kid, but it’s a difficult job”, she says.

“Teaching a nine-year-old who has lived a very isolated life without TV, internet etc., is a difficult task. You have to explain the basics, such as what is snow, that he has never seen before; rivers; wild animals; buses and all other things that are self-evident for the kids of similar age throughout Greece,” Tsialera says.
Things made more difficult as the local authority and the central government have ignored pleas to help the school.
The teacher’s accommodation is the same building as the school; “which had been left in a terrible state before she first arrived last September,” she notes.
Tsialera says that she had to clear debris and refurbish the building alone with her husband. “I received no help from anybody,” she exclaims.
“The authorities have promised to invest 15,000 euros to refurbish the school, and provide a satellite dish to watch TV, but we have not received anything yet.”
Despite all this, she says she is happy in Arkioi .
“My sole student gives me strength to accomplish my task here. Despite all the difficulties I feel Arkioi is home.”