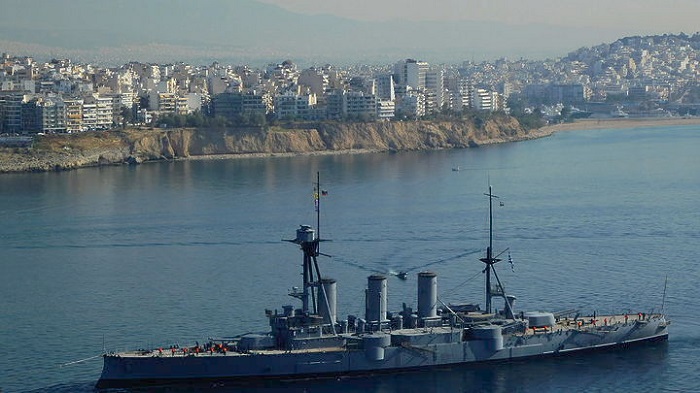 The battleship ‘Averoff’, the most historic ship in the Greek navy, will be visiting the city of Thessaloniki for the first time since the end of WWII.
The ship is expected to arrive in the northern Greek city on Friday or early Saturday, to take part in events marking the October 28 national holiday.
The battlecruiser “constitutes a unique part of Greece’s territory, which has never once lowered the Greek flag in 106 years,” the ship’s commander, Commodore Sotiris Charalambopoulos said to the Athens Macedonian News Agency radio station “Praktoreio 104.9 FM”, on Thursday.
This means that “practically, the ship will sail in the Aegean Sea again after 70 years,” he added.
The ship, a Pisa-class armoured cruiser, was built at the Orlando Shipyards in Livorno, Italy.
The Greek government bought her with a one-third down payment (300,000 gold pound sterling), paid with the help of a wealthy Greek benefactor, George Averoff, whose name she subsequently received. 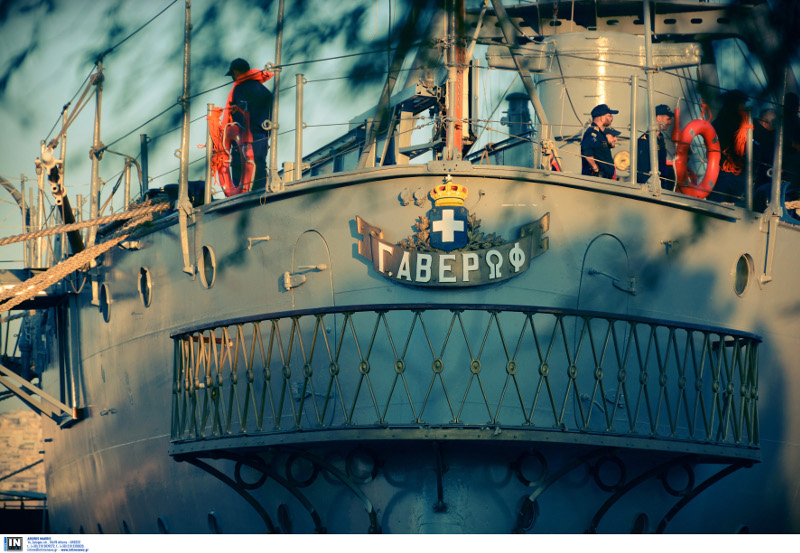 The ship was launched on 12 March 1910. She would be the last commissioned armoured cruiser in the world, a class of warship that had been already rendered obsolete by the battlecruiser.
Her first captain was Captain Ioannis Damianos, who took command of her on 16 May 1911. The “Averoff” was at the time the most modern and powerful ship in the navies of either the Balkan League or the Ottoman Empire.
The “Averoff” is credited with successfully closing off the Aegean Sea to Ottoman transports bringing fresh troops and supplies to the front during the First Balkan War.
This success had a concrete impact on the land action, where the Ottoman forces suffered decisive defeats. It is assumed that, in the absence of such decisive control of the sea by the Greek Navy, the Ottoman Empire might have reinforced its forces on the Balkan Peninsula and therefore fared better in the war.
Interest in visiting the historic ship is very high, said its commander adding that requests have come from over 150 schools in northern Greece.
While in Thessaloniki, it will be accessible to visitors on a first-come, first-serve basis, in groups of 40 given tours by a specialist guide.