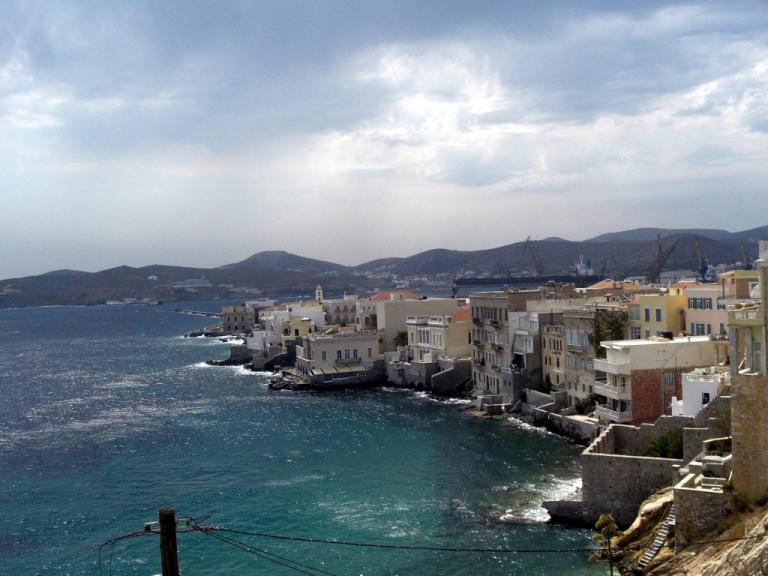 A project to build a production studio and establish a film school on the island of Syros, is being discussed by movie industry executives, and Aegean regional governors.
During a joint press conference in Athens on Monday, Hollywood director-screen writer Steve Bernstein, along with South Aegean regional governor Giorgos Chatzimarkos, Cyclades region vice-governor Giorgos Leontaritis, and other U.S. film industry professionals, presented their ideas on the setting up of a film school and a production studio on the Aegean island.
Enchanted by the landscape of the island of Syros, Bernstein initiated talks with Greek government officials, in order to commence materialization of the project.
South Aegean Region officials want to promote the island and are putting pressure on  the government to help investment opportunities. A relevant bill that would make film productions cheaper in Greece was voted in parliament in August.
What was noted in the press conference was that according to Tourism Competitive Intelligence; a tourism research agency, each year 40 million people choose a tourism destination because of a movie they saw. The islands of the southern Aegean and their potential as film locations make them sought-after tourist destinations.