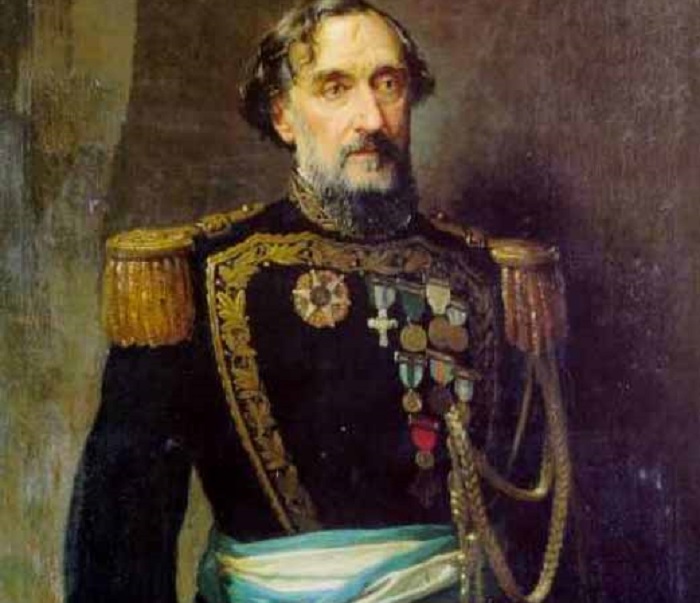 Few people know today that the first president of the Argentine Republic was of Greek descent. Bartolomé Mitre Martínez was born on June 26, 1821 in Buenos Aires to a Greek family whose original last name was Mitropoulos.

Vartholomeos Mitropoulos, or Mitre as he has been known ever since, served as the president of Argentina from 1862 to 1868.

His first immigrant ancestor to the New World, Ventura Mitropoulos, had arrived in Argentina from Venice in the late seventeenth century. 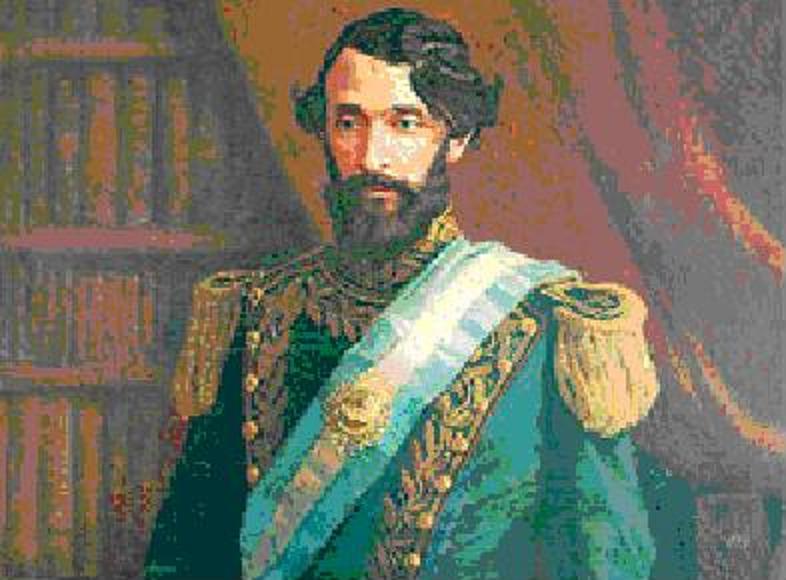 It is said that Mitre’s ancestor left the Himara region in northern Epirus in about the year 1670, following the refusal of hundreds of young Greek men to be conscripted into the Ottoman army. Most of these young men, including Ventura Mitropoulos, fled to Italy. Many of them lived for a time in Venice before sailing to South America.

As a liberal, Mitre opposed the dictatorship of Juan Manuel de Rosas and he found himself exiled to Uruguay in 1846. Later, Mitre lived in Bolivia, Peru and Chile. Ultimately, he was successful in bringing about the downfall of Rosas in 1852.

Mitre’s political prowess continued to grow and he was eventually elected President of Argentina. National political unity had finally been achieved in Argentina, and a period of internal progress and reform was then able to begin.

However, during his one term in office, Mitre committed Argentina to an extremely ill-fated war against Paraguay. Never a popular campaign to begin with, negotiating peace and picking up the pieces afterward would fall to Mitre’s successor.

According to legend, he never forgot his family roots. Although he never visited Greece, he spoke excellent Greek.

Mitre’s longest-lasting contribution to Argentina was founding the newspaper La Nación, which is still one of South America’s leading newspapers. 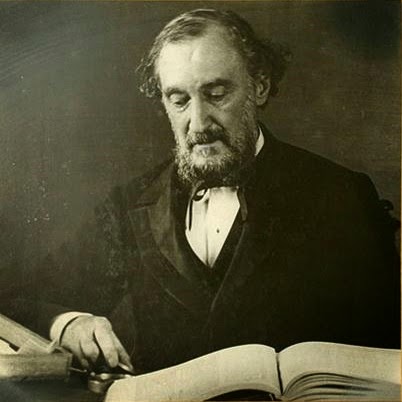 Bartolome Luis Mitre, a descendant and the  current owner of the newspaper, visited Greece in 2013. Speaking on the remarkable life of his ancestor, Mitre said that “apart from being the founder of the newspaper and President, he was a great scholar who translated The Odyssey from Greek into Spanish.”

Mitre ranks as an important South-American historiographer as well. He wrote the best accounts of South America’s wars of independence and published many works, including the “History of Belgrano and of the Argentine Independence” and “History of San Martín”.

On his death in 1906, Bartolome Mitre was interred in La Recoleta Cemetery in Buenos Aires.

It is estimated that about 120,000 Greeks or people of Greek descent live in Argentina today. The bulk of immigration occurred during the first half of the 20th century, mainly after the Asia Minor Campaign and the disaster in 1922.

A new wave of immigration took part in the early 1930s.The choice of Argentina as a destination was due the temporary clampdown on immigration in the United States, making South America, and Argentina in particular, the new Eldorado.