GRNews
GreekReporter.comEnvironmentAnimalsFloating Nets to Counter Jellyfish Invasion in the Gulf of Corinth

Floating Nets to Counter Jellyfish Invasion in the Gulf of Corinth 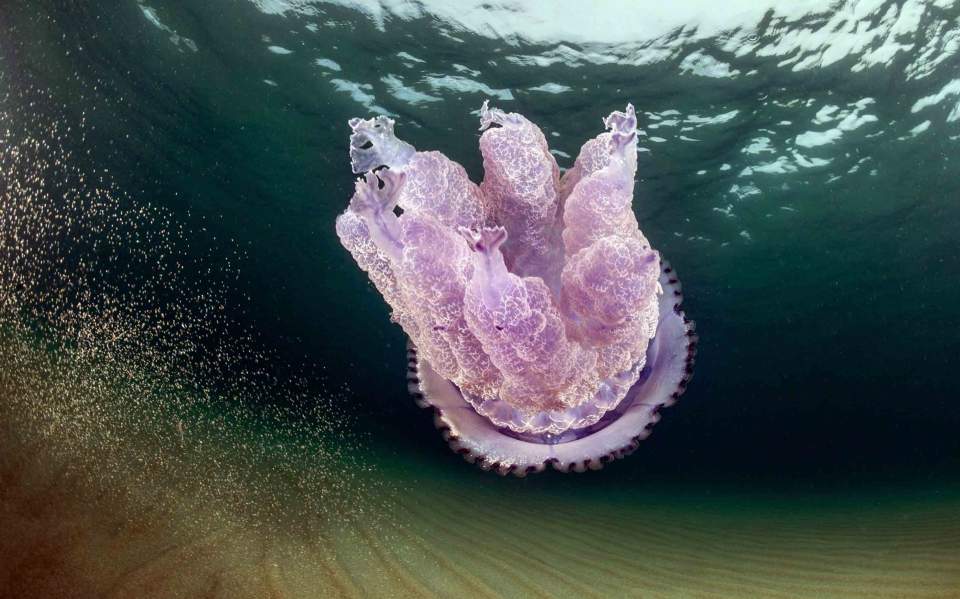 The Greek government is rushing through parliament legislation that will allow local authorities and tourist businesses to counter the jellyfish problem that is particularly acute in the Gulf of Corinth and Patraikos Gulf.
The Deputy Minister for the Environment, Sokratis Famellos, announced on Monday that by the end of the week, parliament will vote to permit floating nets to be deployed near popular beaches in the area.
Famellos said the unusual high number of jellyfish was spotted since May, but added it is a global phenomenon affecting all the Mediterranean.
Experts have warned that the population of jellyfish in the Gulf of Corinth has risen significantly this year due to overfishing as well as changing sea currents.
Speaking to Kathimerini daily, Panagiotis Panagiotidis, the head of the Hellenic Center for Marine Research, said the increased presence of jellyfish was a passing trend, attributing it to currents and winds. “I believe the phenomenon will pass,” he said.
Global warming has also been suggested as another contributing factor.