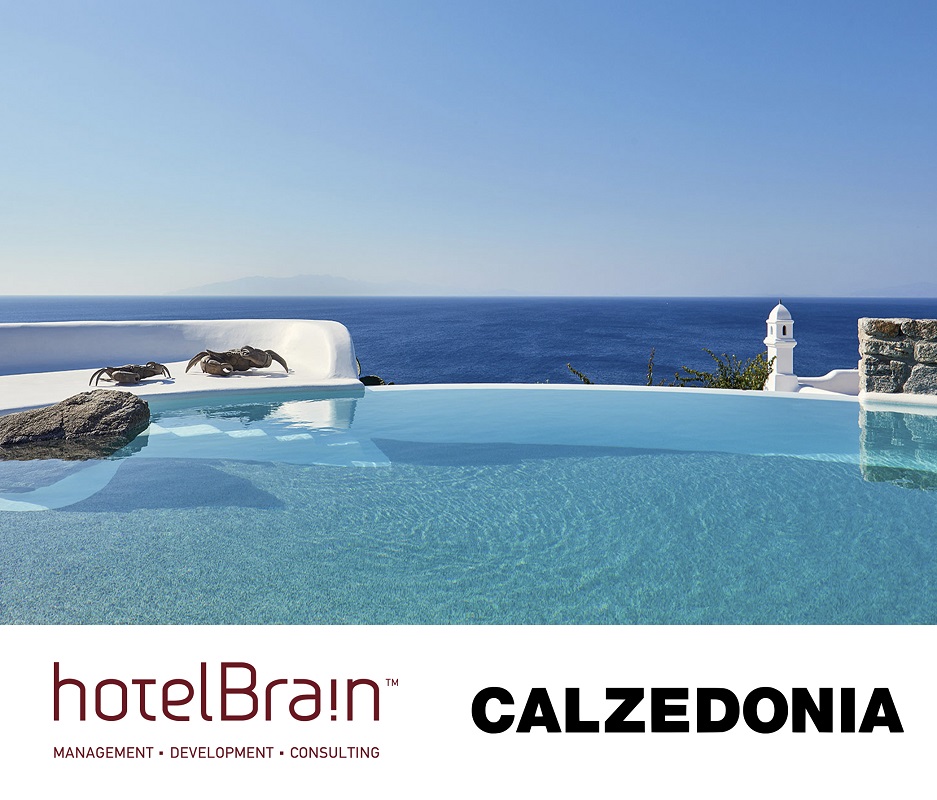 HotelBrain and Calzedonia had much success with the #GirlsGanginMykonos project on the Greek island of Mykonos with over than 10,000,000 web visitors!
The #GirlsGanginMykonos project came about following the success of  last year’s #IntimissimiLovesSantorini project, which got over 30,000,000 views in a 48-hour period; it was described as “the most powerful communication and promotion of destinations and hotels ever made in our country,” Mykonos Live TV reported.
Te success led HotelBrain Managing Company to collaborate this year with Calzedonia on the #GirlsGanginMykonos project which involved nine hotels which are run by HotelBrain (Absolut, Archipelagos, Casa del Mar, Delight, Dreambox Mykonos Suites, Kirkoni My Mykonos Retreat, My Mykonos Hotel, Mykonos No5 and Mykonos Princess).
In all, from June 6 through June 8, 13 social media influencers were featured wearing their own style of Calzedonia swim wear hosted  at hotels managed by HotelBrain. Those who participated were Jessica Goicoechea from Spain, Louise Thompson from England, Carolina Loureiro from Portugal, Anne-Laure Mais from France, Lima Che from Belgium, Caro Daur from Germany, Maria Ivakova from Russia, Duygu Ozaslan from Turkey, Ceci N from Hong Kong, Bianca Ella and Alana Booth from America and Patricia Perister and Maria Papageorgiou from Greece.
Check out the video from Mykonos Live TV showing the  #GirlsGanginMykonos project while the 13 participants do yoga at Kirini My Mykonos Retreat.