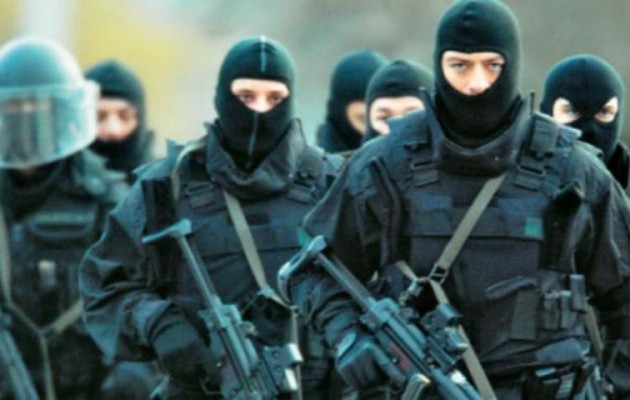 Hellenic police investigations show that currently there are three active armed groups that comprise the new face of terrorism in Greece. The finding comes to light after the recent parcel bomb attack against former prime minister Lucas Papademos.
The counter-terrorism unit suspects that the recent hit leads to the Conspiracy of the Cells of Fire. They are the ones who sent the booby-trapped envelopes to German Finance Minister Wolfgang Schaeuble and the International Monetary Fund offices in Paris. Eight more such envelopes were intercepted by authorities. The group called the attacks the “Nemesis Plan.”

According to Greek police, although the heads of another important terrorist organization — the Revolutionary Struggle — are imprisoned, they are recruiting new members to the organization who act on their behalf. They believe that group chief Nikos Maziotis and his partner Paula Roupa orchestrate terrorist acts from prison.
Police have not released any information on the findings of the investigation after the Papademos parcel bomb that exploded. However, they believe that there is a new regrouping of terrorist groups. On April 19, a bomb caused extensive damage to the facade of the Eurobank headquarters in central Athens.

The bombing had similarities to the one against the Labor Ministry in December 2016 and another against the Daphne Police Station in February 2017. Police believe that the two acts are the work of the Revolutionary Struggle.

However, there is a third group that has assumed responsibility of terrorist hits in the past three years. They are the Revolutionary Self-Defense Group who have performed rather risky hits. It is the organization that carried out a Kalashnikov attack against a riot police squad outside the PASOK headquarters in Exarchia. The same group declared responsibility for shooting at the Mexican Embassy in Kolonaki and throwing a grenade at the entrance of the French Embassy and earlier (May 2014) at the PASOK offices in Exarchia.