GRNews
GreekReporter.comGreece564 Years Since the Fall of Constantinople: The End of an Empire...

564 Years Since the Fall of Constantinople: The End of an Empire (Video) 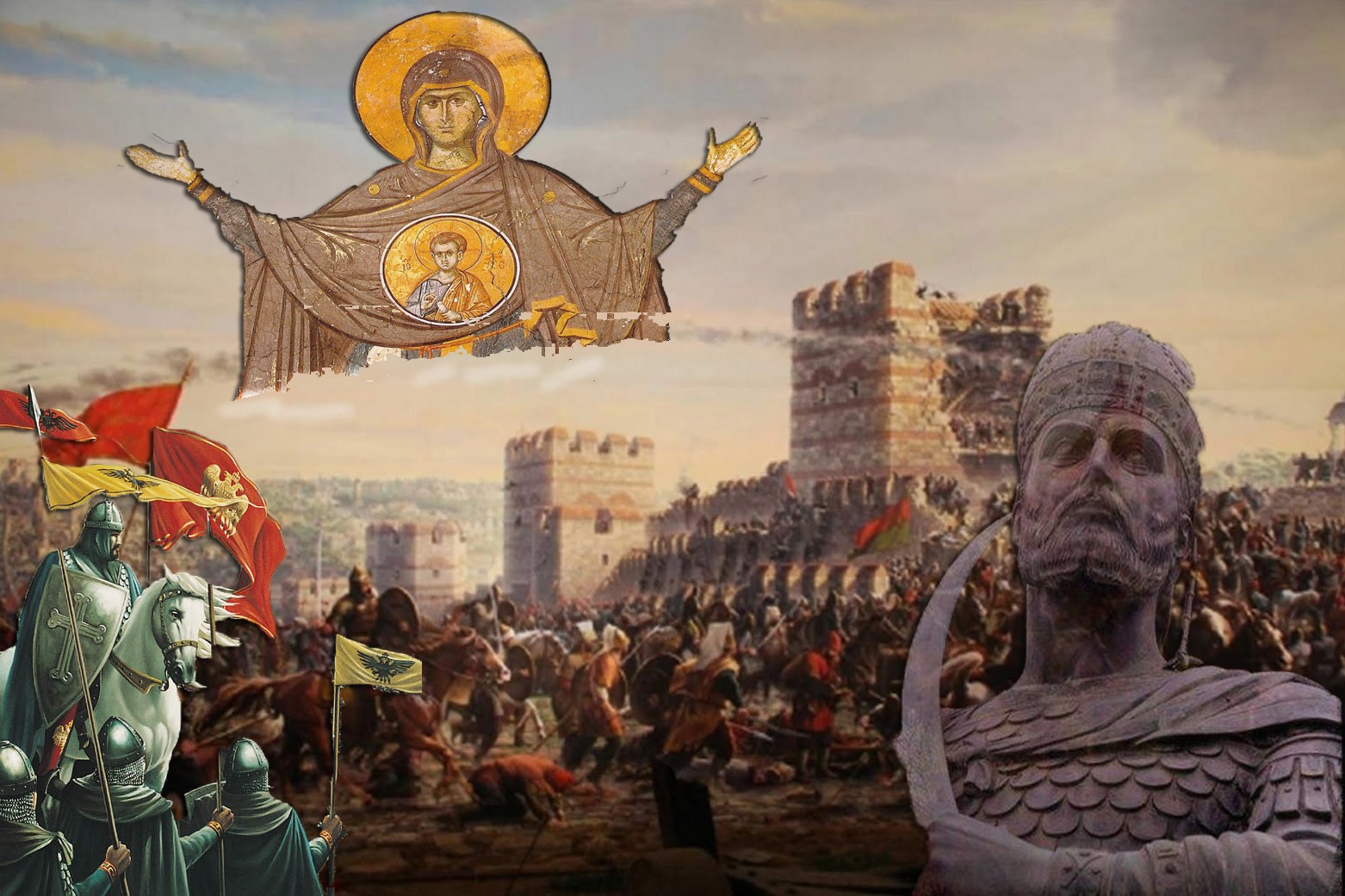 May 29 marks the 56th anniversary of the siege and capture of the magnificent Christian Orthodox city of Constantinople, the eastern capital of the Roman Empire, to the forces led by the Ottoman Turkish Sultan, Mohammed (Mehmet) II. A dark day marked in history, the invading Ottomans defeated the army commanded by Byzantine Emperor Constantine XI Palaiologos after a 53-day siege.
After the conquest, the city was plunged into darkness as the capital of the Ottoman Empire. Thousands of Greeks fled the city with the majority migrating to Italy, helping fuel the Renaissance.
On Tuesday night, May 29, between 1-2 a.m. the Ottoman army attacked the city, from three sides simultaneously. The Byzantines were able to cut off the underground tunnels when the Ottomans tried to cross under the walls. Although their numbers were much higher, the Byzantines were repelled several times, resulting in terrible losses. Mehmed II’s third and final attack was very carefully organized.
With great perseverance, the Ottomans attacked the part of the walls which were near the Gate of St. Romanus, where the Emperor was fighting along with his soldiers. One of the city’s main defenders, Genoese captain Giovanni Giustiniani was seriously injured and forced to abandon the fight. This loss was irreparable for the Byzantines. The walls were cracking and the Emperor fell during battle. There is no specific information about his death. According to popular legends, the Turks were only able to enter the city after an internal betrayal, when someone opened the Kerkoporta. In the end the defenders were surrounded.
After Constantine’s death, the Ottomans rushed into the city. A large number of citizens took refuge in the church of Hagia Sophia, hoping to find safety there but the conquerors broke the main gate and entered the church where they slaughtered everyone.