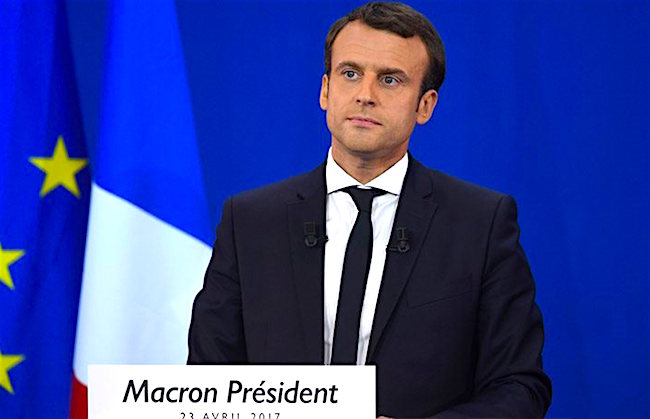 The win of independent candidate Emmanuel Macron in the first round of the French presidential election on Sunday is a win of the liberal forces over the leftwing and rightwing populism, New Democracy leader Kyriakos Mitsotakis tweeted on Sunday, as projections indicated he qualified for the second round of the elections along with Front National leader Marine Le Pen.
“Macron’s win is the response of the liberal forces of logic over the attack by the left and right populism,” he said.
Macron must be supported to isolate Le Pen, Democratic Left’s leader Thanasis Theoharopoulos said in his statement. “The extreme-right must not prevail in France. It will be a loss for democracy and for Europe,” he said in a statement. “The high percentages received by the far-right and anti-European candidacy of Marine Le Pen, with the racist views, is particularly worrying for France and all of Europe.”
Theoharopoulos said the centrist, pro-European Macron, who supported the demand for change, must be supported in the second round by the democratic forces, so that “he can move forward with a progressive and reformist policy that promotes changes within the EU, in favor of growth and employment and not dogmatic austerity.”
PASOK leader and head of the Democratic Coalition Fofi Gannimata congratulated the french centrist. “I congratulate Emmanuel Macron for the result he achieved in the first round. We all support the battle he will give for the French Presidency against the far-right candidate,” she said.
Potami leader Stavros Theodorakis expressed relief at the initial win of Macron, saying populists and anti-Europeans lost. “Sigh of relief. Macron is first. Fascists, populists and anti-Europeans can sleep hugging each other and crying together,” he commented on Twitter.
(source: ana-mpa)