GRNews
GreekReporter.comGreek NewsEconomyGap in Talks Between Greece and Creditors Remains

Gap in Talks Between Greece and Creditors Remains 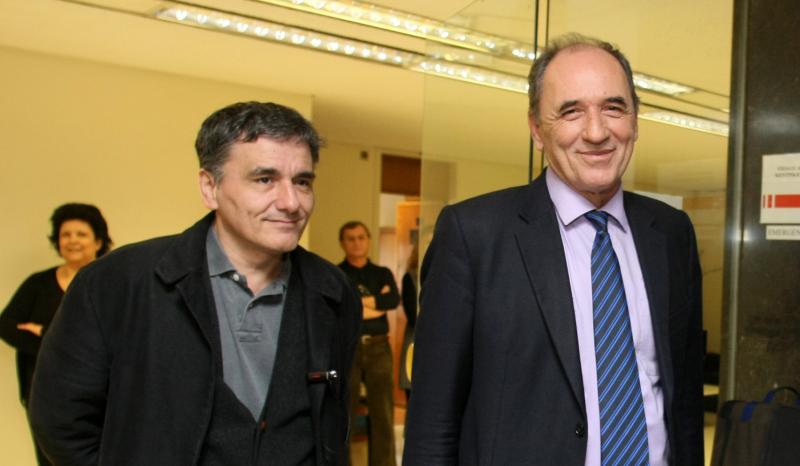 The teleconference between Greece and creditors on Friday ended with the two sides disagreeing on all major issues, with Finance Minister Euclid Tsakalotos planning to pursue political negotiations at Monday’s Eurogroup in Brussels.
The two sides, once again, failed to bridge the gaps on labor market regulations, security fund reforms and primary surplus targets, leaving the bailout program review open.
Greek government officials said that the International Monetary Fund insists on further pension cuts and strict labor laws, two issues for which Athens is not willing to make any concessions.
Progress was made on the issue of the privatizations “super fund” as well as on the court settlements of non performing loans. However, talks on the liberalization of the energy market stalled again, even though they lasted two hours and with the participation of Environment and Energy Minister Giorgos Stathakis.
Finally, on the issue of the “counter-measures” the Greek side proposed, there are disagreements still, with the exception of the reduction of the single property tax (ENFIA) that lenders seem to agree on.
The Greek finance minister will now try to find a political solutions to the impasse on Monday’s meeting of euro zone finance ministers in Brussels.