GRNews
GreekReporter.comGreek NewsArchaeologyArchaeologists Find Position of Greek Fleet in Battle of Salamis, 480 BC

Archaeologists Find Position of Greek Fleet in Battle of Salamis, 480 BC 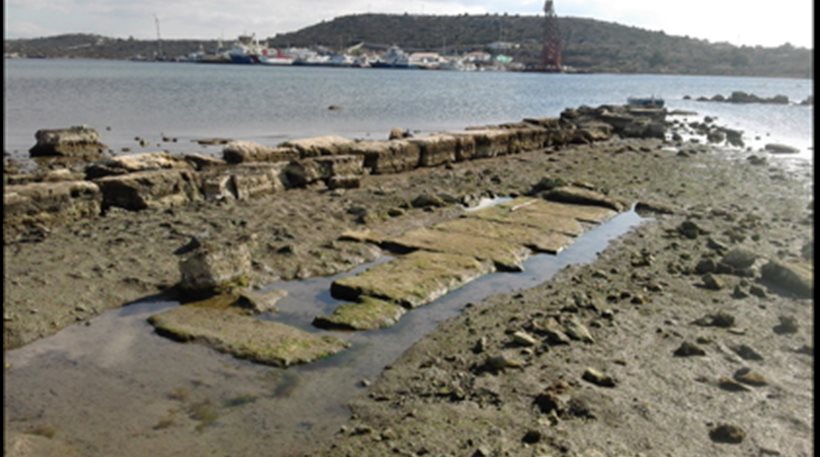 Archaeologists have discovered the site where the Greek fleet gathered for the Battle of Salamis against the Persians (480 BC), after finding antiquities in the waters of Ampelakia Bay.
A 20-member scientific team was involved in the underwater research that took place in three sides of Ampelakia Bay on the eastern coast of Salamis island in the months of November and December 2016.
According to the Ministry of Culture and Sports, the 2016 main field of research (which is under a three-year program) was the inner (western) part of the Ampelakia Bay. “This is the commercial and possibly military port of the Classical and Hellenistic city-municipality of Salamis, the largest and closest to the Athenian state, after the three ports of Piraeus (Kantharos, Zea, Mounichia),” says a Ministry of Culture statement, adding that “It is also the place where at least part of the united Greek fleet gathered on the eve of the great battle of 480 BC, which is adjacent to the most important monuments of Victory: the Polyandreion (tomb) of Salamis and the trophy on Kynosoura. References to the ancient port of Salamis responded to works geographer Skylakos (4th c. BC), the geographer Stravonas (1st Century BC-1st Century AD) and Pausanias (2nd century AD).”
The statement also confirms that submerged antiquities were found on three sides of the Ampelakia Bay (north, west and south), “which gradually sink and emerge depending on the change in sea level, with the ebb, especially the February, reaching half a meter. The ancient remains found in shallow waters include traces of harbor structures, fortifications and various buildings. After aerial photography, photogrammetric processing and topographical and architectural documentation of all visible data, the first underwater archaeological map of the region was created, which will be the basis for further research in the coming years,” the statement continued. At the same time, it said, the geophysics and geoarchaeological research conducted by the University of Patras team, generated high quality digital data that “should greatly contribute to the reconstruction of the coastal palaeography of the region.”
The research is the result of cooperation between the Ephorate of Underwater Antiquities (EEA) of the Ministry of Culture and Sport, under the direction of the Head of the Inspectorate, Dr. Angeliki Simossi and the Institute of Marine Archaeology (HIMA), under the direction of Ioannina University professor and president of the Institute, Yannos Lolos, with the participation of the Laboratory of Marine Geology and Physical Oceanography at the University of Patras, under Professor George Papatheodorou and with financial support from the British Honor Frost Foundation.