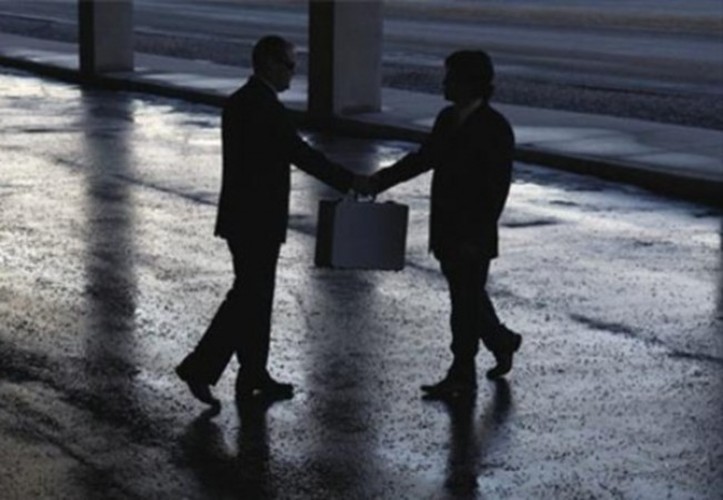 Greece’s ‘shadow economy’ ranks first in the world estimated at 21.5% of gross domestic product, a study by the Institute for Applied Economic Research at the University of Tübingen in Germany (IAW) says.
The study, which is published in Forbes, defines a shadow economy as undeclared earnings from illegal activities, bribery money, undeclared labor and business transactions that don’t follow legal procedures and where no taxes are paid. The study charts 12 developed economies, including the United States, Norway, United Kingdom, Japan, Canada and Germany, noting that a shadow economy can only be estimated indirectly.
Shadow economies cost nations worldwide trillions of dollars every year, with analysts estimating that it is the second largest economy.
According to the study, whereas in the early 1990s former Eastern Bloc countries like Russia or Georgia showed shadow economies of 44% and 64% respectively, today the phenomenon has moved to southern European countries.
Characteristically, the Greek shadow economy is estimated to average 21.5% of GDP, followed by Italy and Spain with shadow economies of 19.8% and 17.2% of GDP respectively. The United States is at the bottom of the chart with a 5.4% shadow economy. 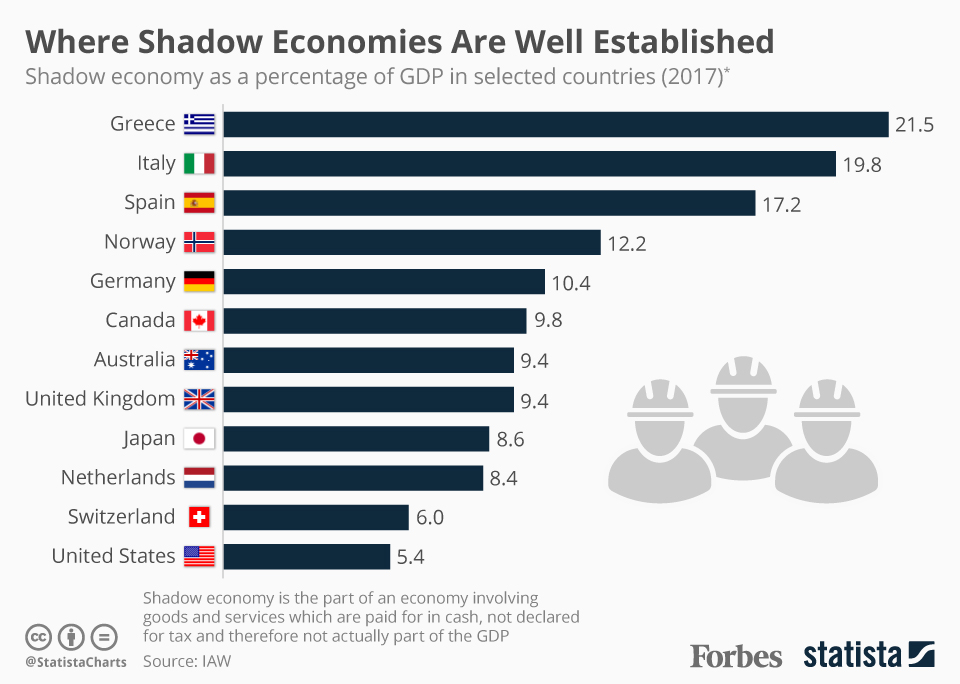