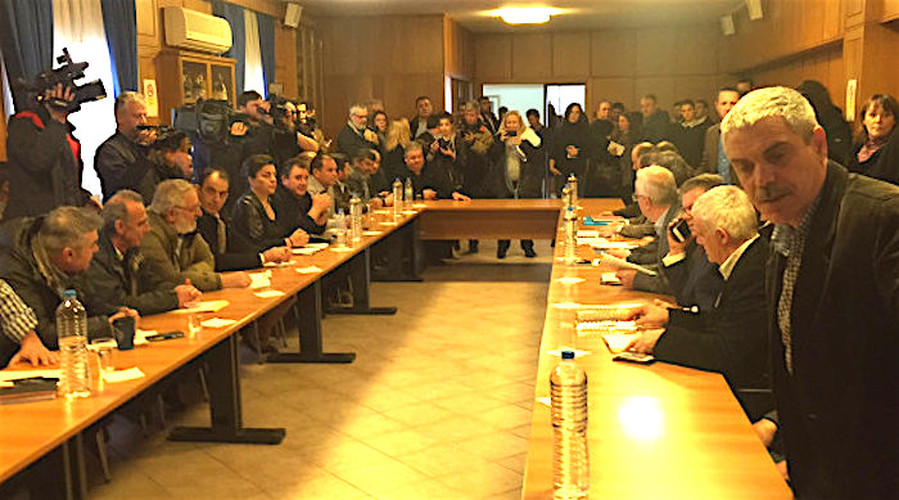 Farmers confirmed their plans to rally this Tuesday during the multi-member delegation meeting of the Panhellenic Coordinating Committee for farmers and the Ministry of Rural Development. Present at the meeting was Deputy of Labor Tasos Petropoulos, Deputy of Finance Katerina Papanatsiou and Deputy Environment Minister Socrates Famellos.
The farmers stated that the meeting did not bring forth substantial solutions to their demands. Vangelis Boutas, a member of the Greek farmers’ union, said that nothing positive came out of the meeting announcing an escalation of the struggle and urged farmers to continue with blockades.
Government ministers, however, were more positive about the results of the meeting, with Rural Development Minister Vangelis Apostolou saying there had been a “fertile discussion” on issues that had no fiscal impact. He stated that the government continue the effort to establish an ‘unseizable’ minimum in farmers’ bank accounts and said that the farmers had been presented with a 10-point plan for legal interventions designed to reduce production costs. Papanatsiou said that tax-free allowance will remain the same in 2017, and made it clear that social insurance and tax legislation will not change.