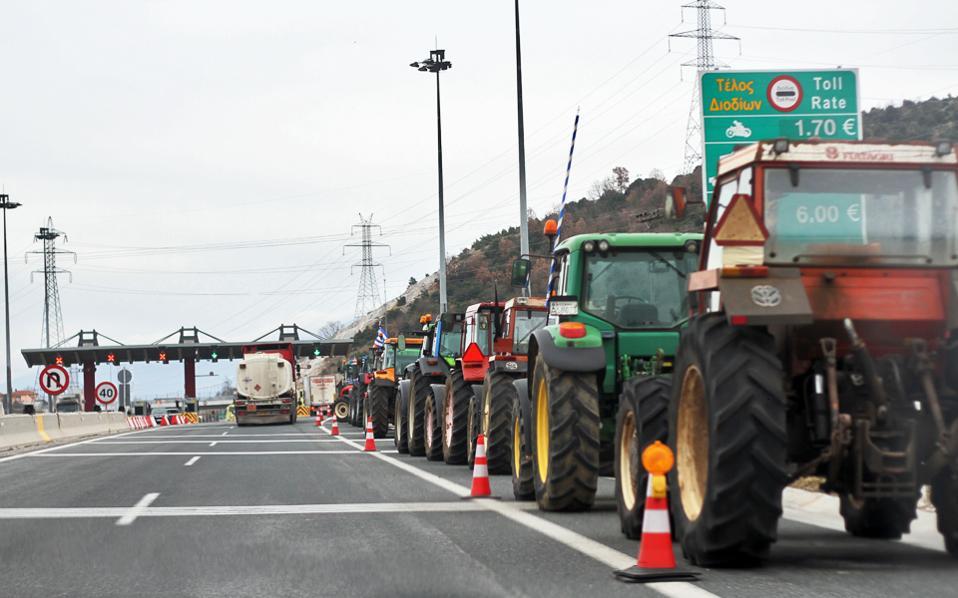 Protests took place on Friday throughout various parts of the national highway in Greece. They were led by farmers who are rallying against the government’s latest increase to the tax and social security contribution payments.
Road blocks by farmers took place at the Nikaia junction on the national highway linking Athens and Thessaloniki, where the protestors parked their tractors blocking the roadway.
Farmers also attempted to block roads in Achaia, in the Peloponnese, and in Arta.
The farmers threatened to block the border crossing at Promachonas near the Bulgarian border unless the government makes concessions to their demands.
Friday afternoon unionists are set to meet up and discuss any further plan of action that the farmers might take throughout several cities in Greece.
The police were out in full force in efforts to redirect traffic around the blockades.

Convicted terrorist Dimitris Koufodinas, who has been on hunger strike for 45 days announced on Monday he will stop drinking water too.
Culture