The City of Paphos Prepares for Capital of Culture Opening Ceremony 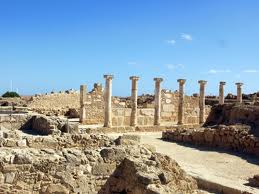 Paphos is counting down to becoming the European Capital of Culture for 2017 with an opening ceremony slated to take place on January 28.
The European Capital of Culture is a city designated by the European Union for a period of one calendar year during which it organises a series of cultural events with a strong European dimension.
Christos Patsalides, from the organising committee said the ceremony will be hosted at the renovated City Hall square, and includes performances from artists and choirs from Denmark and other countries.
The opening ceremony will also contain a spectacle of lights and sound, while Greek singer Alkistis Protopsalti and other artists will have a central role in the ceremony.
Altogether, 152 projects and more than 350 activities have been planned, with the participation of more than 1,500 artists.
(source: famagusta-gazette)