GRNews
GreekReporter.comGreek NewsEconomyGreece Likely to Back Down on Tax Exemption Limit, Pension Cuts

Greece Likely to Back Down on Tax Exemption Limit, Pension Cuts 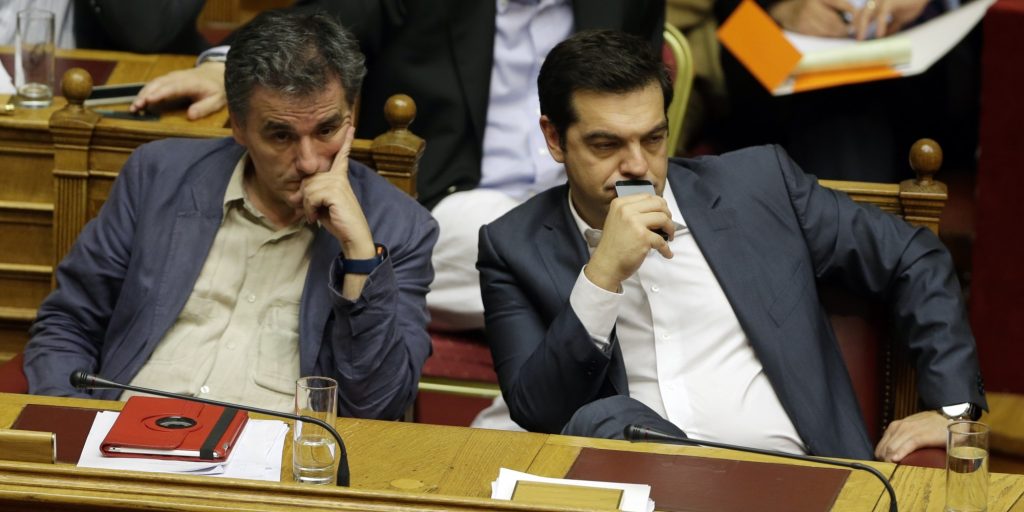 The Greek government is likely to back down on creditors‘ demands in order to complete the second review of the bailout program that is currently at a standstill.
There are several issues that need to be addressed, with the Greek side claiming that creditors’ demands, and particularly those of the International Monetary Fund, call for measures that are too harsh for Greek society.
Greece’s lenders see a fiscal gap in the 2017 budget. Furthermore, they believe that the target of 3.5% primary surpluses beyond 2018 is not likely to be achieved.
In order to be on track, Athens is asked to lower the threshold of tax-exempt incomes. Also, lenders call for further pension and public sector salary cuts. Regarding labor issues, the Greek government insists on bringing back collective bargaining between employers and unions, something that creditors are opposed to.
Despite reassurances by the Greek government that there will not be pension cuts or lower limits for tax exempt incomes, it is likely that there will be concessions so that the evaluation is completed.
Athens needs to finish with the program review that in order to qualify for the quantitative easing (QE) program implemented by the European Central Bank. Furthermore, Greece is likely to agree on measures beyond 2018 — when the bailout program ends — to appease creditors, and especially the IMF. The measures, however, will be agreed on but not legislated in advance.
Prime Minister Alexis Tsipras and Finance Minister Euclid Tsakalotos are trying to resort to a political solution to the problem, seeking the alliance of France and Italy on the issue.