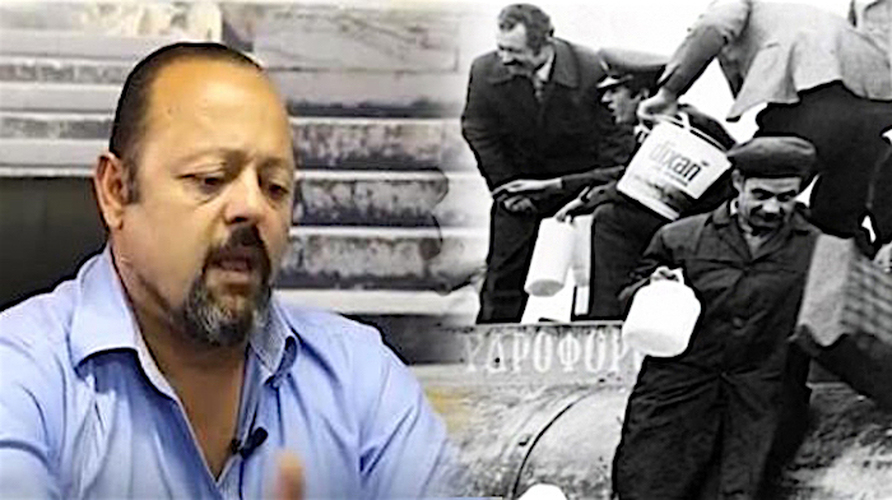 People should have taken it as a joke. People with any sense laughed right away when in 2013 Artemis Sorras appeared in public claiming that he is managing a trust fund of 600 billion dollars in U.S. bonds and he is willing to put it at the Greek State’s disposal to pay off the sovereign debt.
At first, for most people, Sorras appeared as an entertaining lunatic, offering an enjoyable five minutes in the 8 o’clock news. It was a good break between news of suicides, bankruptcies and increasing poverty. Bill Gates, the richest man in the world with his paltry 84 billion dollars, appeared poor compared to Sorras.
However, towards the end of 2016, the Sorras case took an unexpected political turn. Sorras has formed a political party called Assembly of Greeks, blending nationalism with a dash of the twelve gods of Olympus of ancient Greece. He even held a gathering at the ancient Olympia site. The party has a few thousand followers so far and recruitment practices have the smell of a cult.
As for his alleged fortune, clever Artemis used a 2013 court decision that said there is no evidence to disprove his claim and made that his banner. He advised his followers to go to the tax authorities and submit a claim saying that their dues can be subtracted from Sorras’ trust fund that has been transferred to the State.
Several hundred of the Assembly of Greeks filed the claims to the tax office, causing a stir. Of course their claims were rejected, even though in strict legal terms they were correct. Yet, the court’s decision made more people start wondering if Sorras indeed had the funds in his possession. The usual conspiracy theories ensued.
Sorras’ advocates should have heard the warning bells when their “messiah” claimed that he made billions selling U.S. President Barack Obama space technology that he learned from the ancient Greeks. That hasn’t stopped them either. They didn’t even have second thoughts when one of Sorras’ “generals” killed his girlfriend claiming that she was a fire-spewing green dragon while he was stabbing her.
The Sorras case brings to mind the story of the “Water of Kamateros.” Back in 1976, a lawyer from Kos named Giorgos Kamateros had claimed he has medicine that cures cancer. It was the magic water of Kamateros that he was giving for free in little plastic bottles, which soon became whole tanks of sanctified water. Thousands of people were running to see him give lectures and distributing his magic water. Cancer patients stopped their therapy and drank the water of Kamateros only. Until the State intervened and convicted Kamateros for hoaxing.
Sorras’ trust fund is like the water of Kamateros. It offers hope to the desperate; to people whose desperation stole away all sense of logic and reasoning. The economic crisis of recent years made many Greeks poor, but also made many more poor in judgement. Ruthless populists have robbed many Greeks of their dignity, even of their common sense. The time is perfect for all kinds of charlatans to tap into that despair and promise everything for personal gain. And the more the crisis deepens, the bigger the lies Greeks will be hearing from various “saviors.”