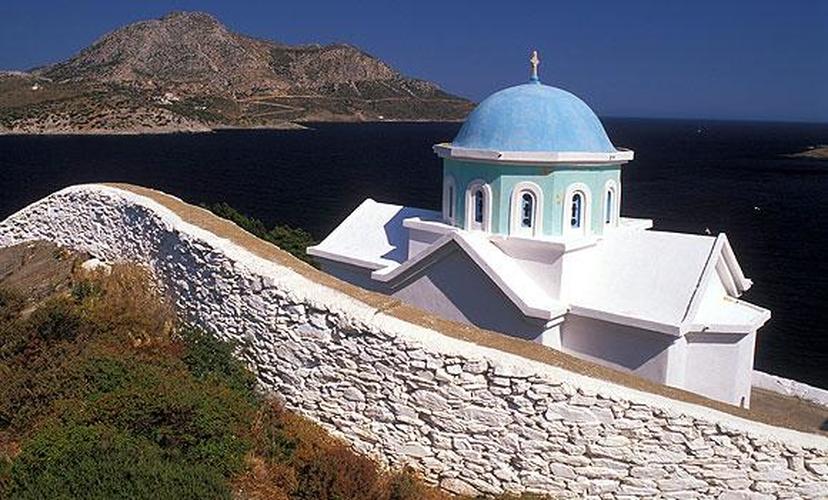 Countless churches, chapels and shrines built in town squares, on mountain tops, in vast fields, inside caves in the rocks and everywhere one imagines, mark the omnipotent presence of Christian Orthodoxy in Greece.
Official figures provided by the Church of Greece show a total of 9,792 parish and monastery churches, but the number of places of worship is much higher, as the number does not include the literally countless churches, chapels, shrines of worship, funerary temples or privately owned chapels inside farms or estates.
Most temples of worship are dedicated to Virgin Mary (Birth or Assumption), Agios Dimitrios, Agios Nikolaos, the Apostles Constantine and Eleni, the Holy Trinity. On the Greek islands most churches and private chapels and shrines are mainly dedicated to Agios Nikolaos, patron saint of seamen.
According to the General Secretariat of Religious Affairs report, there are 9,146 parish churches and 646 monastery churches. They fall within the jurisdiction of the 82 Dioceses of the Church of Greece, of 9 Dioceses of the Church of Crete, 5 Dioceses of the Ecclesiastical Provinces of Dodecanese and the Patriarchal Exarchate of Patmos.
Geographically, most parishes, and therefore parish churches — a total of 249 — belong to the Metropolis of Ioannina, followed by the Metropolises of Fthiotida (245), Thessaliotis Fanariofersala (233), Messinia (224) and Aitolia and Akarnania with 215 parish churches.
The report also says that there are numerous Christian churches preserved from the Byzantine period (330-1453), many of them built on top of ancient Greek temples and shrines, in order to purify each area from its pagan past.  The 1453-1830 period also boasts some churches that are remarkable cultural monuments, mainly on Crete (before the Ottoman occupation) and the Ionian Islands (never conquered by the Ottomans).
Overall, there are 350 Christian places of worship which constitute cultural monuments and they are protected as such. A significant part of the Byzantine Christian churches in Athens and many monasteries were destroyed and looted, even in the 1833-1835 period after the liberation from the Ottomans and during the reign of King Otto.
Then there are numerous chapels in gorges, caves or other inaccessible places, many of which are on the islands. For example, it is estimated that Tinos has more than 1,000 small churches.