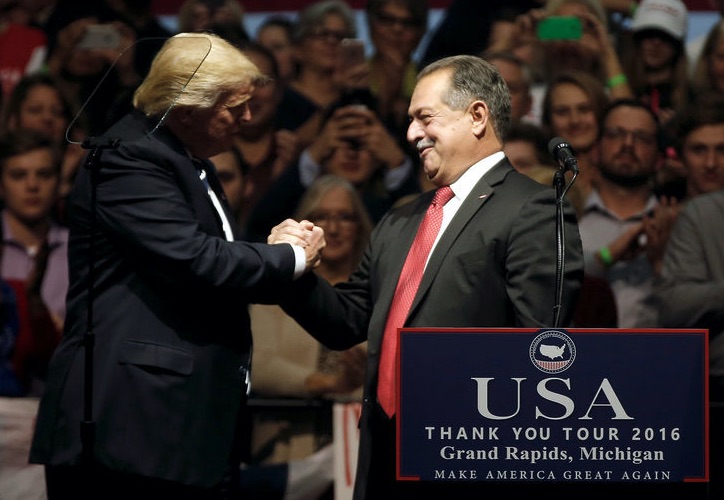 President-elect Donald J. Trump announced on Friday that Dow Chemical CEO Andrew Liveris will be leading his manufacturing council. The two men met on stage during a campaign-style rally on the Trump thank you tour in Michigan and shared the news.

Andrew Liveris, a Greek-Australian, was elected as chairman of the Dow Chemical board effective 1 April 2006 and became CEO in 2004. He was also appointed by U.S. President Barack Obama as Co-Chair of the Advanced Manufacturing Partnership.

Born in Darwin, Australia, Liveris attended the University of Queensland in Brisbane, graduating with a bachelor’s degree (first-class honors) in Chemical Engineering, and was awarded the University Medal for that year. In 2005, he was awarded an honorary doctorate in science by his alma mater and was named Alumnus of the Year. He was appointed Inaugural Chair of The University of Queensland in America Foundation in 2011. He is a Chartered Engineer and a Fellow of The Institute of Chemical Engineers, as well as a Fellow of the Australian Academy of Technological Sciences and Engineering.