VASSY’s ‘Nothing to Lose’ Hits #1 on US Radio

VASSY’s new solo song “Nothing to Lose” hit #1 on US radio last week, rising to the top on every dance radio station in the US – an amazing achievement for the singer’s first standout single.

VASSY sailed right past huge dance and pop names such as Major Lazer and Justin Bieber, The Weeknd, Dillon Francis, and Calvin Harris. Her career has been steadily rising, especially since her collaborations with David Guetta on “Bad” and Tiesto on “Secrets” shot her into the spotlight and garnered her IDMA (International Dance Music Award) nominations and a win for her singing on “Secrets”.

“Nothing to Lose” marked her first solo dance record debut, and VASSY spoke to us about how remarkable it was to have her hard work recognized by the Billboard charts and audiences across the country. 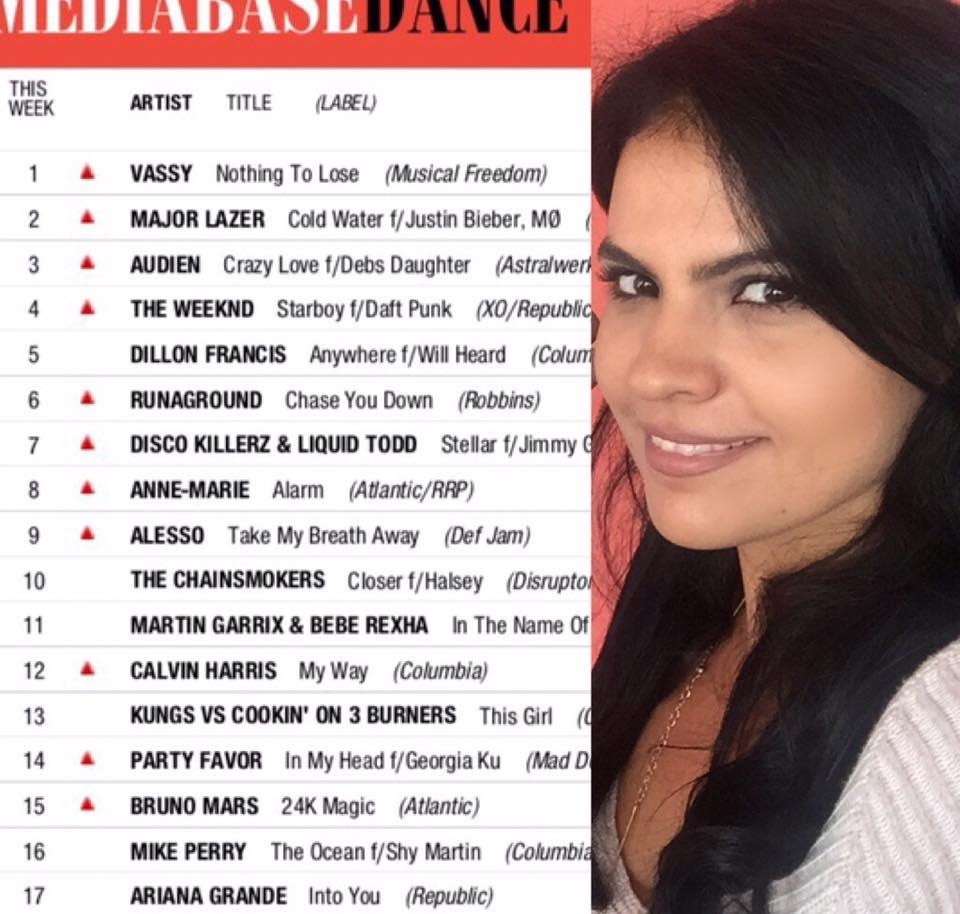 The EDM star also gave us what she thinks is the secret to her success: “I think it’s just about not giving up, persevering and consistency”.

As for others pursuing artistic dreams? VASSY had some inspirational words for them as well, saying “don’t listen too much to people who discourage you and just keep persevering in your journey”.

If you haven’t yet, check out VASSY’s “Nothing to Lose” single above, and keep an eye out for her new record with Afrojack, which is going to be released early 2017.