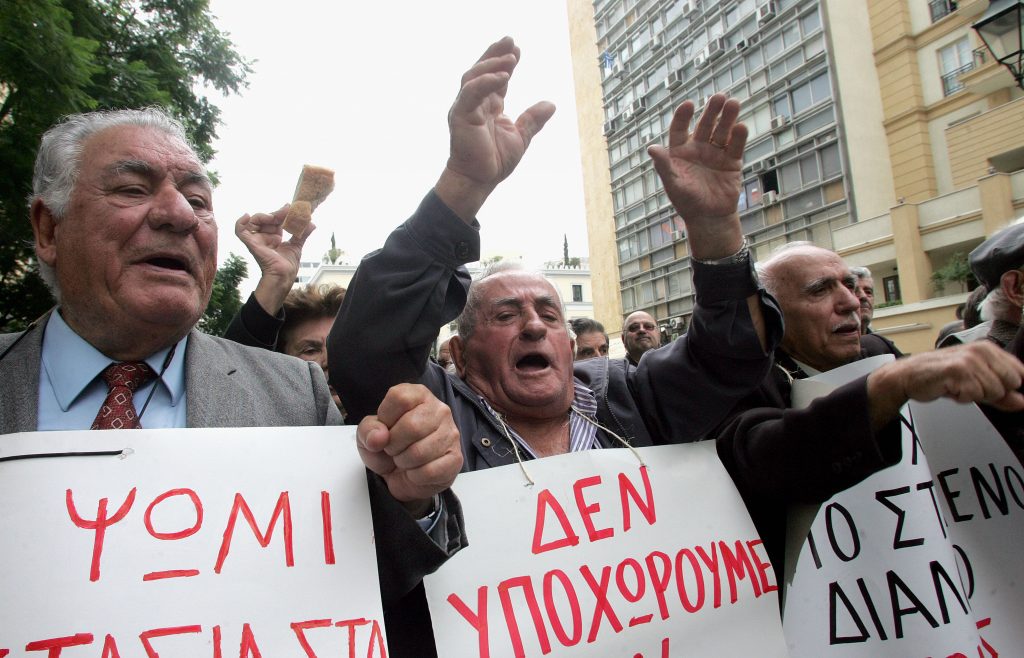 The announcement of Prime Minister Alexis Tsipras that 617 million euros will be given to low income pensioners and that Aegean islands handling migrant arrivals will have lower VAT was met with fierce criticism from opposition parties.
“In the middle of the debate on the budget, Mr. Tsipras appears panicky as if he is the outgoing prime minister. Worried about the social outcry, he chose to fool the Greek people again, and this time it is the pensioners,” said the New Democracy official statement.
“But no one believes him anymore,” the statement continues, adding that after slashing pensions and increasing taxes on pensioners, the government gives back a little pittance.
PASOK’s statement said that even though the one-time bonus of 380 euros pensioners will receive on average will be good for them, let’s not forget that the government has cut much more from pensioners.
The statement further says that these handouts look very much like election campaign tricks, but the Greek people will not be fooled again.
The Greek Communist Party (KKE) called the prime minister’s announcement a “provocative mockery by distributing crumbs.”
The KKE statement says that the handouts is a panicky move, made on the evening of the, “great and successful nationwide strike of Greek workers,” that “forced the prime minister to resort to this evening’s announcement.”
To Potami statement said that it would be better if the bonuses given were money saved from the wasteful spending of a government that caters only to party members. Instead, the statement said, the money come from tax revenues.
“A few hours before the tax-centered budget is voted in parliament, and after the SYRIZA-ANEL coalition has decided on a new round of cuts and taxes, the prime minister remembered the low income pensioners,” the DIMAR statement says.