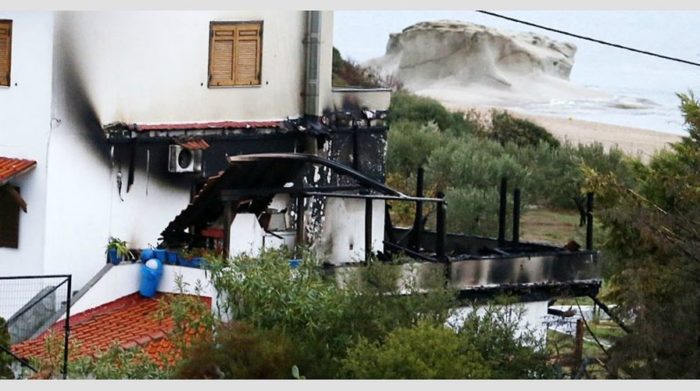 Greece suspended national league and cup competitions after an alleged arson attack on the home of the referee committee, George Bikas, on the early hours of Wednesday morning in the Chalkidiki area, northern Greece. The decision to suspend all national league and cup competitions was announced by the Hellenic Football Federation (EPO) in a statement on Wednesday.
The property suffered major damage as a result of the fire, however, Bikas and his family were left unscathed by the attack as they were not there at the time. The property that serves as a holiday house was visited by the referee’s wife hours before the fire after a visit to the region to see her son at the nearby city of Thessaloniki. An extraordinary meeting of EPO resulted in the suspension of all national football championships until the investigation into the causes of the fire is completed.
“The EPO expresses its full compassion to George Bikas, whom we will support in every way possible,” said the announcement. Greece’s top football clubs have condemned the attack, calling for the government to bring those responsible to justice. Rivals Olympiakos and PAOK Thessaloniki joined their voices in separate statements condemning the violence.
The fire comes a week after another member of the refereeing committee, George Tsachilidis, was threatened by two men on his doorstep, resulting in the resignation of three members of the referee committee.
The suspension comes following a late start to the football season that had been postponed for two weeks in September due to a long-standing conflict over the selection of referees between Greece’s top clubs, the EPO and the government.