Eurostat: Greece Has the 11th Most Obese European Citizens 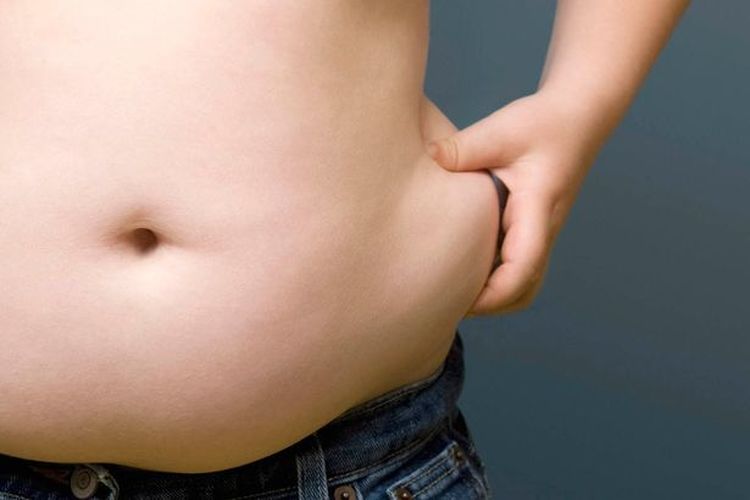 While 46.1 percent of those aged over 18 in the European Union had a normal weight in 2014, almost half were considered overweight, 35.7 percent were pre-obese and 15.9 percent were obese, whereas 2.3 percent were underweight. This means that one out of every six people aged over 18 in the EU was obese making it a serious health problem.
Eurostat released statistics that showed that there were differences in weight levels according to the education level of subjects weighed, their age and the country they lived in.
The lowest share of obesity was recorded in Romania (9.4 percent) and Italy (10.7 percent), ahead of the Netherlands (13.3 percent), Belgium and Sweden (14 percent). At the other end of the scale, obesity concerned more than one in four adults in Malta (26 percent and about one in five in Latvia (21.3 percent), Hungary (21.2 percent), Estonia (20.4 percent and the United Kingdom (20.1 percent).
Greece was in the 11th position with 17.3 percent of the population being obese (18.3 percent of men and 16.4 percent of women). The Greek rate was over the EU average. 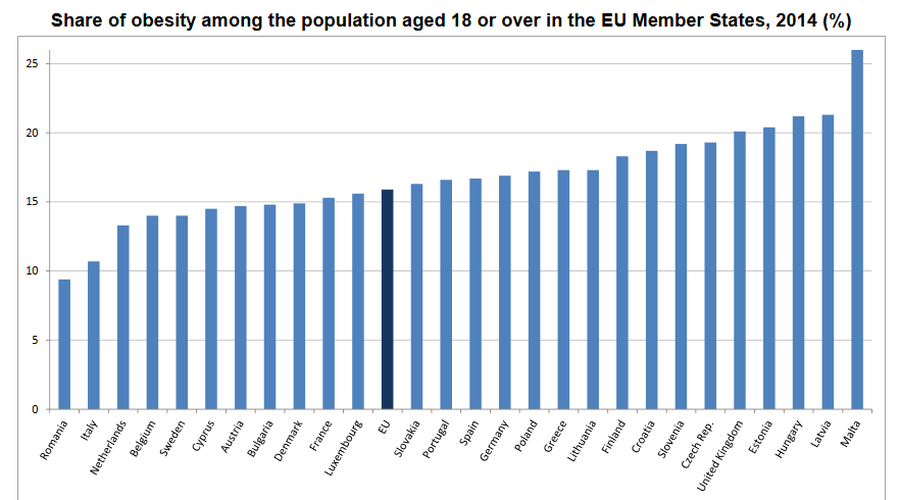