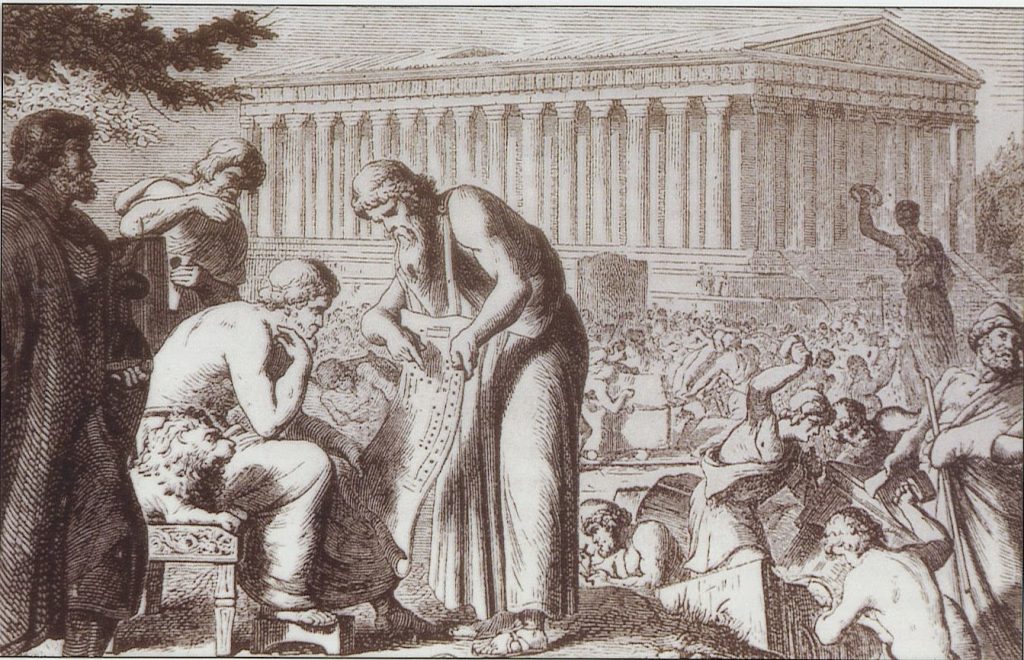 The systematic teaching of the ancient Greek language can help children with dyslexia, linguistics and psychology professors say.
According to a theory of Harvard Classics Professor Eric Havelock (1903-1989), based on philosopher Plato‘s ideas, ancient Greek generates many abstract concepts that activate unique parts of the brain.
Havelock’s theory along with other findings by scientists and academics is included in the book “The Alphabet and the Brain: The Lateralization of Writing,” published in 1988 by Springer.
The scientific results that contribute to the theory of Havelock include:
1. The “Broca’s area” in the left hemisphere of the human brain, which is linked to speech production, was activated more than usual due to the Greek alphabet, which for the first time had successfully employed vowels for writing.
2. The human brain was radically redesigned.
3. The above mentioned change in brain function caused a substantial change in the attitude of the ancient Greek alphabet’s users, for which the need of communication with other citizens through the art of theater appeared.
Another published scientific research by a team led by Greek psychiatrist Ioannis Tsegos, showed that the measurable indicators of verbal intelligence and deductive thinking were accelerated across a group of 25 non-dyslexic children, ages 8-12, who were taught Ancient Greek through accepted methods for two hours per week.
In another equal group of children that weren’t taught Ancient Greek, the study revealed that the respective indicators were decelerated. Both groups were taught similar lessons.
Australian university researcher Kate Chanock, however, took Tsegos’ study a step further in her work “Help for a dyslexic learner from an unlikely source: the study of Ancient Greek” (2006: Literacy), the Australian researcher describes how she cured an English-speaking person from dyslexia by using Ancient Greek.
“A severely reading-disabled adult student taught himself to read and write Ancient Greek, and in so doing, improved his ability to read and write in English,” her abstract says.
Meanwhile, children in elementary schools in Oxford, U.K., have been learning Ancient Greek since 2010 in addition to their other courses.