Athens Celebrates 72nd Anniversary of Liberation From the German Army 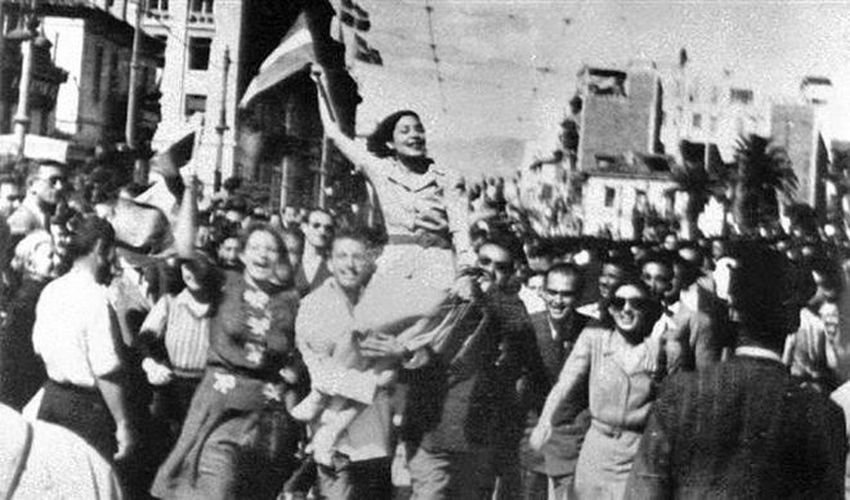 “They are leaving! They are leaving!” was the joyous slogan heard from balconies, windows and rooftops as Athenians ran out onto the streets to join the throngs heading for Syntagma Square to celebrate the departure of the German occupying forces from the nation’s capital.
Greek flags, reluctantly at first, then in abandon, started waving on balconies or in the hands of people who were running down the city’s main streets that were leading to Syntagma. People were singing and chanting, some of them still in disbelief that the harrowing three and a half years of occupation were over.
Some of the German army vehicles were still on the streets of Athens, leaving amid boos and jeers from the ecstatic crowds. Some warning shots were heard from the German vehicles, not loud enough to silence the cries of joy.
The various resistance organizations took to the streets waving placards with their initials, EAM, ELAS, EPON, with KKE (the Greek Communist Party) along with them.
The first Greek policemen who appeared patrolling the streets carrying machine guns, were met with applause by the crowds.
Yet, the departure of the occupying forces was not without losses. The German army destroyed important infrastructure, such as the silos at Piraeus Port, the fortification walls across the Themistocleous coastline, the Piraeus shipyard and the building of the Navy Academy.
At the same time they set fire to all oil refineries and tanks of Shell, Socobell and Socony, while attempting to blow up the Keratsini power station, but were stopped by the resistance army.
At 10 a.m., the Germans took down the swastika from the Acropolis hill while another unit placed a wreath on the Unknown Soldier monument. However, upon leaving, German soldiers shot and killed some unarmed civilians in central Athens.