The Decline of Hellenism 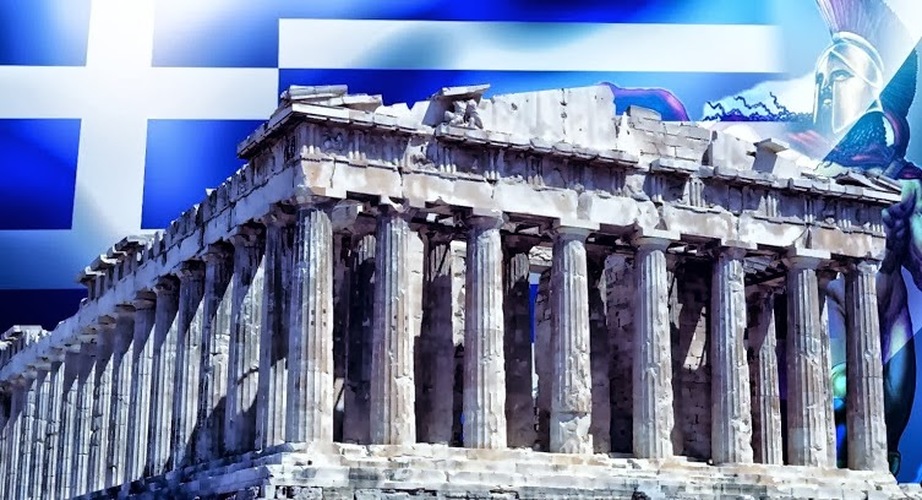 It is puzzling and often wondered why the Hellenic nation failed to propel forward like other nations? Why did they simply choose to exist in living memory of their ancestors rather than continue in their footsteps? They were blessed with a solid foundation and yet the nation has gradually been reduced to a pauper state.
European nations embraced the new Industrial Revolution and the population began to exhibit unprecedented sustained growth but not so in Greece or Cyprus. It seems as if Hellenic inquisitiveness was cocooned to live in suspended animation and faded into a maze of cobwebs.
Indisputably, Hellenism, which brought us Democracy has influenced mankind and shaped the world to the one we know today. Greek inspiration has reformed Europe, Africa and Asia to experience prosperity and progress in the arts, literature, architecture, mathematics, philosophy, science and much more.
The brainpower of Greek minds, such as Archimedes, Herodotus, Pythagoras Socrates and Plato, Alexander the Great and others have revolutionized human thought and it is that sense of mind-exploration that has enabled the Hellenes to excel in levels never imagined before.
The Olympian gods and Greek myths have also played a role on nurturing Greek wisdom. They practiced a cult of polytheism that demanded nothing of the people except to: Know Thyself. It was as if that amazing brainpower was god sent to enhance the Greek culture. Yet, as time passed, Hellenism has lost that brilliance of the mind.
Why and what triggered its collapse? In hindsight, there are two main factors that contributed to the downfall of Hellenism; Christianity and Ottomanism. Both destroyed ingenuity and replaced it with mind suppression.
Christianity — a splinter cult of Judaism — required blind obedience and not to question the existence of God as ordained by a male-dominated clergy. Those principles were in direct conflict with the free spirit of Greek Logic that questioned things the way they were and of things the way they are not.
When Constantine the Great moved the capital of the Empire to Constantinople (330 AD) under Christian Byzantine rule — a rule that lasted over 1100 years — Christianity reached unprecedented levels of mind control and frenzy in the Christian religion. It applied a mixture of love for God, intimidation and brutality and has instilled the fear of “Fire and Brimstone.”
During the inquisition, torture, witch hunting, and burning to the stake were all part of the tactics used by fanatical priests in the name of Jesus and Christianity. Heresy was punishable by death and wealthy “heretics” were prime targets of the clergy who were receptive to the offer of bribes to avoid being prosecuted. Upon accusation, the church immediately confiscated the victim’s possessions.
The sacking of Constantinople by Christian Latin Crusaders in 1204 AD and in turn, the Ottomans capturing the Byzantine capital and Athens, was the nail in the coffin that marked the end of Hellenism. The Ottoman rule in Greece and Cyprus was marked as an oppressive period executed with fervor. When the rest of the world flourished, Hellenism was living in a dark era and was systematically destroyed spiritually.
Influential Greeks however, remained dominant in the fields of commerce and Greek ship-owners became the maritime carriers of the Ottoman Empire. A new leading class developed; the Prokritoi or the Kocabasis in Turkish. Essentially, they were bureaucrats and tax collectors that quickly gained a reputation for corruption and nepotism.
In the imperial capital of Constantinople businessmen and the Ecumenical Patriarch rose to great power and under the Sultan’s protection he gained religious control over the entire Orthodox population. As a leader, he was given wide powers and controlled the courts and the schools as well as the Church throughout the Ottoman Empire – an amazing source of power based on theocracy
Meanwhile, Turkish tyranny and clergy corruption triggered a massive exodus of intellectuals with people resettling in the mountains or moving abroad to escape; Greeks in Diaspora was born! The rugged countryside was much safer and made it hard for the tax collectors to establish administrative rule under the millet system, a system, which segregated people based on religion.
Punitive taxation was ferocious; a taxation so brutal that included the “tribute of children” or Devshirmeh. The Ottomans required that one male Christian child in five be given away for military training as Janissaries and Muslim radicalization. Young girls were also taken away as sex slaves or odalisques to replenish the harems of the Sultan across the Empire.
Cyprus was not excluded and the clergy became loyal tax collectors and grew rich from such taxation. Unavoidably, some Cypriotes and Catholics converted to Islam to avoid slavery or death by adopting Muslim names and customs. These converts have come to be known as Linobambaki, who continue to survive in some parts of Cyprus!
The death of the Golden Age of Greece took hundreds of years but primarily, the Ottoman oppression and Christian indoctrination have both played their part in the devastation of that amazing free spirit of the Hellenes.
Today, it’s a different story. There is not an official public gathering that Orthodox Church leaders are not invited to, to bless the event – an invitation they never refuse. The overwhelming presence by religious leaders in such that a society borders on the fringes of theocracy. Politicians on the other hand dare not miss the opportunity of media coverage of such public memorials or funerals; religion and politics have become so intertwined and it’s certainly not conducive to democracy.
All considered, the spirit of Hellenes may still be half asleep but it is certainly not half dead! One day, it is hoped that it would rise like a phoenix from the ashes of it’s own inadequacies and do the right thing; think of the nation first.