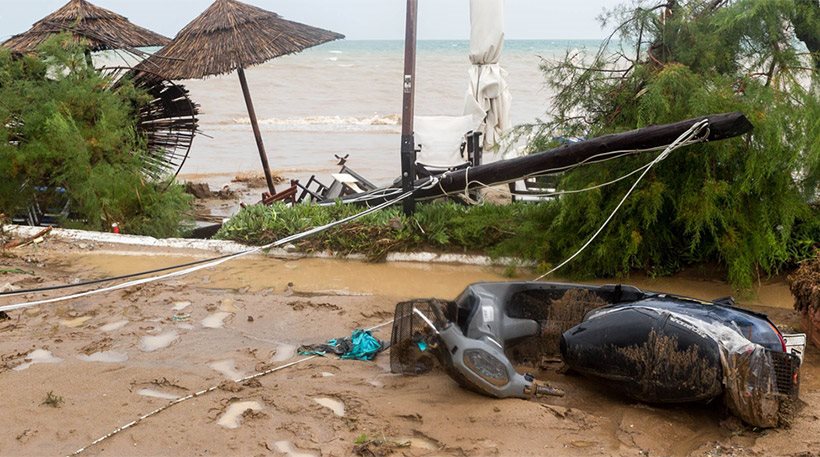 Tornadoes destroyed homes and farms in the Ilia prefecture while rainstorms caused damages in western Greece and the Ionian islands late Thursday night.
In Ilia, tornadoes tore down houses and destroyed farms, while in some places they were so strong they tore down power poles. The areas of Vartholomio, Lechena and Gastouni were hit the hardest.
While meteorologists warn that the extreme weather conditions will continue through Friday afternoon, residents of western Greece and southern Peloponnese count the damages from the unprecedented disastrous effects.
Crops, greenhouses, rooftops and the power grid were severely damaged, while the winds ripped trees off their roots threatening people’s lives. Most damages were recorded in Vartholomio, Gastouni and Lechena with the mayors expected to declare state of emergency.
Meanwhile, Zakynthos was at the mercy of heavy rainstorms and strong winds for hours. The downpour started on Thursday afternoon accompanied by strong winds. Houses were flooded and roofs of old buildings collapsed while the winds tore down trees in various parts of the road network. A part of the island was left without electricity for several hours, airline flights were delayed and there were many traffic accidents.