GRNews
GreekReporter.comBusinessChobani Argues that Greek Yogurt Is like French Fries

Chobani Argues that Greek Yogurt Is like French Fries 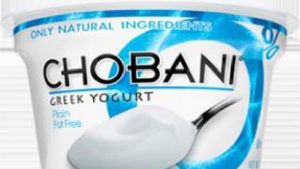 Turkish-owned yogurt brand Chobani has been embroiled in an epic battle for the rights to label its yogurt as “Greek Yogurt.” The brand is criticized for its “misleading labels.”

In a court battle that began in the United States in 2014, the plaintiffs are request that the term “Greek Yogurt” be struck from Chobani’s labels. Plaintiffs note that there is “nothing Greek about the Chobani product. None of the product sold in the U.S. is made in Greece, made by Greek nationals or made with a distinctly Greek manufacturing process.”

Chobani’s attorneys however,USA said that “reasonable consumers” are not deceived or confused by the labeling. “Common sense dictates, as with Danish pastry, reasonable consumers in this country know that Greek refers to a type of yogurt, one that courts have described as creamier in texture and richer in protein,” say Chobani’s attorneys, likening Greek Yogurt to French fries and Philadelphia cream cheese.

A similar case brought before courts in the United Kingdom had refused permission to the yogurt maker to use the term Greek yogurt following a battle started by Greek-based yogurt rival, Fage.

In the United States, the battle is continuing, however, the use of Greek to describe its yogurt is one of the problems facing Chobani. Critics also object to labeling referring to the use of “evaporated cane juice” to describe the ingredients implying that the yogurt is free of sugar.