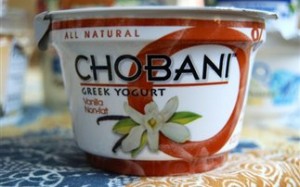 Hamdi Ulukaya came to the United States from Turkey in 1997 to learn English and continue his education at the University at Albany. A visit from his father changed the direction of his life.

With his father’s support and encouragement he came to the conclusion that the American Market did not have enough dairy products, and so he made the decision to change this. It would be expected that the CEO would be a Greek but this is not true. The Turkish managed to conquer the American market.

His company is developing with only 6 years of production. Although there has been great competition amongchains of dairy products such as Kraft and Danone, Hamdi s Ulukaya’s company remains the champion among them. Last year his profits were more than $ 257,3 million, an increase of 225% from 2009.

Greek health authorities announced on Monday that the benefits of the AstraZeneca vaccine against Covid-19 far outweigh the risks associated with thrombosis.
Archaeology

Myrtis, a victim of the great plague of Athens after 2500 years takes part in the global effort in the fight against the COVID-19 pandemic.