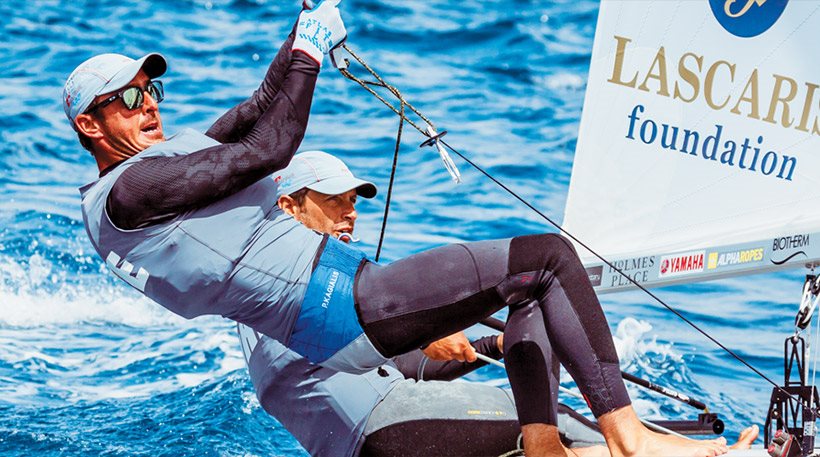 The 470 Dinghy Sailing race has been postponed for the second time in three days. Greek crew members Panagiotis Mantis and Pavlos Kagialis will need to wait for the right wind to blow so that the men’s medal race can go ahead. Initially, the race was to have taken place at 8.05 on Wednesday (Greek time), however, the organizers now hope to fit in at least three medal courses into the program on Thursday.

Still winds have caused numerous problems for the organizers. Another two sailing routes for the Men’s 49er (Skiff) and Women’s 49er (skiff) medal races have been set for Thursday. There is pressure for the races to take place before the completion of the games.
The Greek crew for the 470 Dinghy Sailing have already secured a medal, however have yet to find out their place in the top three positions. There will be ten crews participating in the final medal race with the penalties doubling. At the moment, Croatian Fantela/Marenic are ahead with 27 penalty points, whereas Greece’s Mantis/Kagialis are 11 points behind with 38 penalty points. In third place, Australian Ryan/Belcher have 40 points.
The Greeks will need to finish with six points ahead of the Croatians and one place ahead of the Australians to get Gold, whereas they may earn Silver if the Australians stay behind. Even in the worst-case scenario, the Greeks will receive the Bronze medal.
If the winds continue to disappoint the medal race may be canceled. In this case, the Greek team will receive a Silver medal.