Legendary Hollywood star Leonardo DiCaprio, aged 41, was spotted in Mykonos on Tuesday hiding behind a hoodie to disguise himself. Mykonos Live TV captured the star, who is on the island traveling 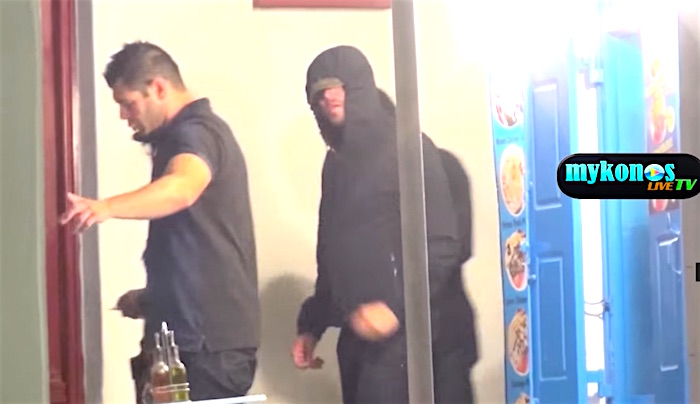 with four friends and his bodyguards. He arrived on the island on his private jet and will stay for a week. He did not stay in his private villa but went clubbing, though he did wear a hoodie to disguise himself. He was spotted smoking an electronic cigarette.

The Hollywood heartthrob dined at a restaurant (Uno Con Carne) before going for a stroll on the island in the company of a group of beautiful women.

He arrived on the island after raising 45 million euros in Saint Tropez in support of the charity that bears his name.