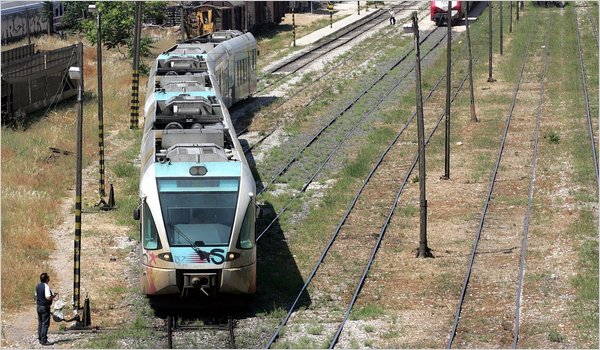 The European Commission decided to refer Greece, Luxembourg and Romania to the Court of Justice of the EU on Friday for failing to transpose into national law Directive 2012/34/EU establishing a single European railway area.
The Directive aims at strengthening the role of national rail regulatory bodies, in particular as regards their competence for rail facilities, such as terminals and stations. It requires Member States to base their relations with infrastructure managers on multi-annual contracts setting out mutual obligations as regards the structure of payment and the infrastructure service quality to be provided to railway undertakings. This Directive also contains requirements for financial transparency so that railway undertakings and infrastructure managers keep and publish separate accounts and control financial flows.
Member States had to bring into force the measures necessary to comply with the Directive by June 16, 2015. As Greece, Luxembourg and Romania failed to do so, the Commission sent these Member States a letter of formal notice in July 2015 followed by a reasoned opinion in February 2016. Given that national transposition measures have not yet been adopted, the Commission has decided to refer these Member States to the Court of Justice of the EU.
On the basis of the procedure set out in Article 260(3) of the Treaty on the Functioning of the European Union (TFEU), the Commission will request the Court of Justice to impose a daily penalty payment on Greece, Luxembourg and Romania until the law is fully transposed into national legislation. The Commission proposes daily penalty payments of €30,310.80 for Greece, €8,710,00 for Luxembourg and €29,091.40 for Romania.
Source: European Commission