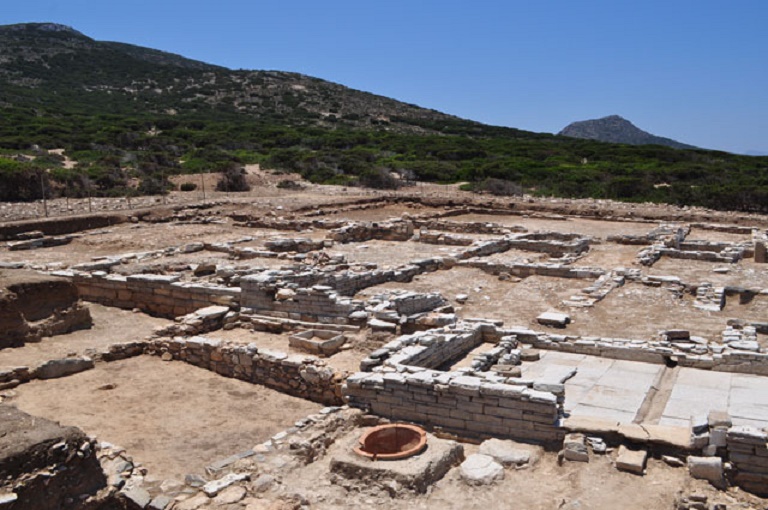 Excavations by archaeologists conducted over the last year have helped reveal the unusually large area covered by the archaic Sanctuary of Apollo on the uninhabited islet of Despotiko, west of Antiparos, the Culture Ministry announced on Thursday.
Presenting the findings of the archaeological dig and restoration carried out on the island since May 30, the ministry said they included a large number of plain and decorated pottery shards dating from the 9th to 4th centuries B.C. as well as a host of other artifacts.
These include more than 40 lamps, 25 bases of vessels with the name of “Apollo” engraved on them, an engraved shard depicting one of the labors of Hercules, archaic black-figure drinking cups with images of warriors, red-figure kraters from a classical-era Attica workshop depicting Dionysus, satyrs and maenads, bronze buckles and the lower limbs of archaic kouroi, to name but a few.
The finds added each year since the excavation began in 1997 confirm that the Apollo Sanctuary on Despotiko was the largest in the Cyclades area after Delos.
The large number of visitors resulted in constant modifications and expansions of the site until the late classical era, while its peak is dated at around the 6th century B.C. and the earliest signs of worship date back to the geometric period.
A total of 15 buildings ancillary to the temple and ritual dining hall have been discovered so far.
Source: ANA-MPA