Popular Greek Singer Performs for the Rich on Mykonos 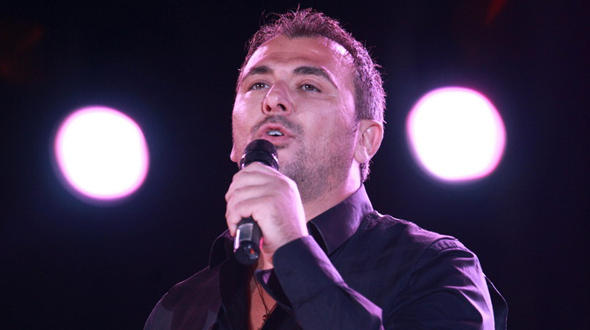 Singer Antonis Remos is probably the biggest name in Greek show business. On July 28 he will perform at an exclusive club/restaurant on Mykonos with attendance prices starting at 500 euros.
What started as minor controversy is the timing of the event. The leak to the press of the price list comes at a time when hundreds of thousands of pensioners saw their pensions painfully slashed, while hundreds of businesses shut down leaving thousands of people jobless.
Yet, it seems that Mykonos is another world compared to the rest of Greece. A place where millions of tourist euros flow abundantly and tax evasion is rampant. The word “recession” never entered the vocabulary of many business owners of the island.
Last summer, Antonis Remos sang at the same place with popular Spanish singer Julio Iglesias. This year he chose another Spanish name to open for him, 80s Greek favorites Gipsy Kings, known for international hits “Bamboleo,” “Djobi Djoba” and their cover of “Volare.”
The program aims at an elite of Greek and international businessmen and celebrities. With prices at 500 and 1,000 euros only the very privileged can afford to indulge. In past events, attendants fought wars of mindless spending, pouring expensive champagne on the floor or pelting lobster pieces at each other.
What has caused the controversy is that this happens at a time when an estimated 40 percent of Greeks live at poverty level, while many of the attendants are suspected by the general public as being tax evaders or became rich by doubtful means.
The irony is that during the same event in 2014, Remos took the opportunity to accuse Greece’s international creditors for imposing austerity on Greeks. 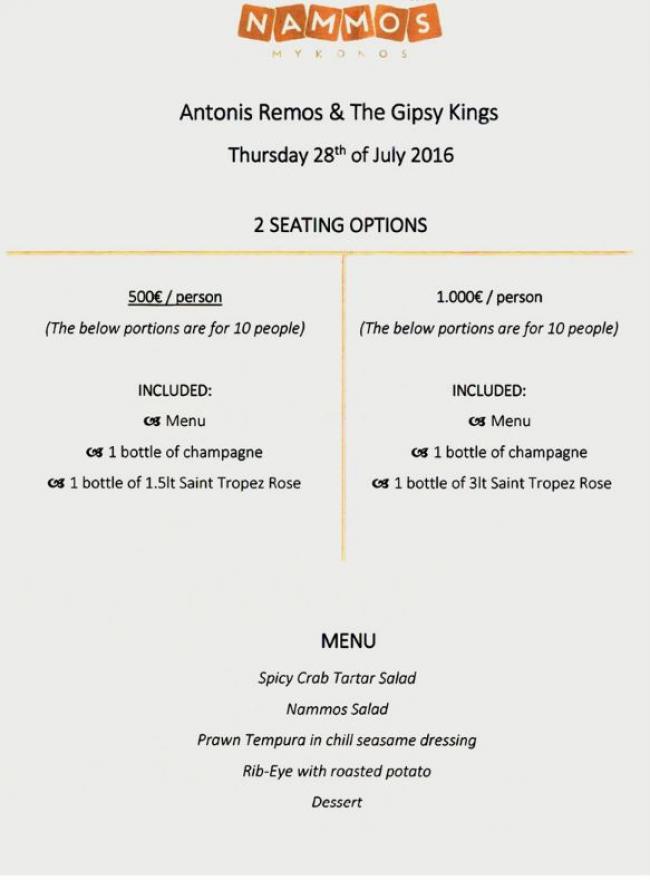