GRNews
GreekReporter.comBusinessMarinopoulos Files for Bankruptcy: the Rise and Fall of an Empire

Marinopoulos Files for Bankruptcy: the Rise and Fall of an Empire 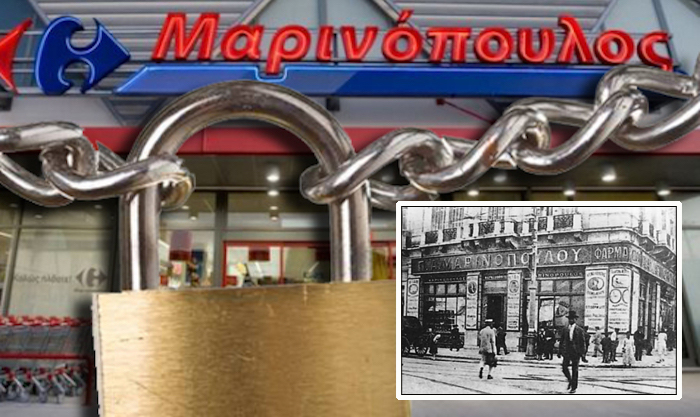 The end of an era has come for Marinopoulos, one of Greece’s largest supermarket chains, that filed for bankruptcy on Tuesday following a domino of events after mounting pressure from suppliers owed a large sum of money and creditor banks pressing for debt payments. July 1 has been appointed as the date for the liquidation process to begin in accordance with article 99 of the Bankruptcy Code. Marinopoulos has been granted protection until discussion concerning the application for bankruptcy begins. 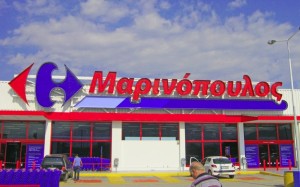 The supermarket owes a tide of debts to 3,000 suppliers worth hundreds of millions of euros. There are fears that the company’s closure could result in a domino effect and lead to more closures.
Carrefour Marinopoulos, created in 1999, was a 50-50 joint venture between the Greek Marnopoulos Group and the French Carrefour Group and was a robust business until 2012 when Carrefour decided to withdraw due to the Greek crisis leading to a decline in the chain’s market shares. There is talk that the problems began when the French administration pulled out of the business, with claims of bad management that brought the once-lucrative business to destruction. Now the future of suppliers and 13,000 workers is up in the air.
In filing for bankruptcy, the management’s main goal was to put an end to the daily confiscations and stop suppliers from pulling down their products. In this way, Marinopoulos has managed to gain two months worth of protection in order to seek a partner after the discussion for a collaboration between Marinopoulos and Sklavenitis, another large supermarket chain, proved fruitless in February 2016. 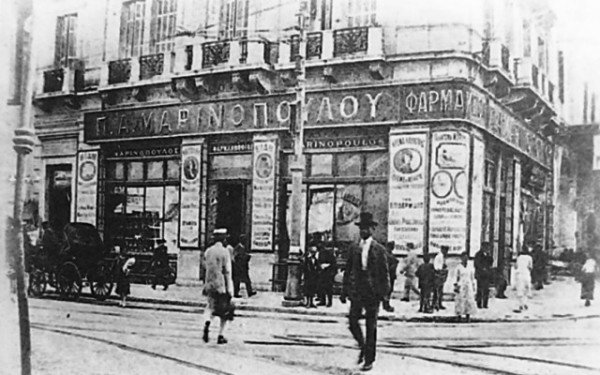 The Marinopoulos story
Marinopoulos began as a small chemist store opened by Dimitris Marinopoulos at Exarcheia in 1893. A few years later, he transferred his business to larger premises at the corner of Solonos and Zoodohou Pigis streets. With business thriving, Dimitris Marinopoulos and his brother, Panos, decide to open another chemist store at Filellinon Street. Praised at the time by the local press, the store offered more than just medical supplies. By 1900 the store run by the Marinopoulos brothers was a point of reference, and by 1908, they embellished their stocks supplying beauty products, children’s supplies under the royal seal of the king.
In 1949, the brothers established the FAMAR pharmaceutical company and that was just the start of the family’s rise to fame and fortune. In 1962, the family created their first supermarket, known as Self Service Marinopoulos. Just a year later, they collaborated with French Le Printemps and renamed the company to Prisunic Marinopoulos, otherwise known as PM in the Seventies. The collaboration ended at the start of the Nineties when the French group began to have problems. In 1982, Marinopoulos created the Beauty Shops chain. In 1990, they worked with the British Marks & Spencers.
The Carrefour Marinopoulos collaboration kicked off in 1999, following in 2002 with Starbucks and Fnac.