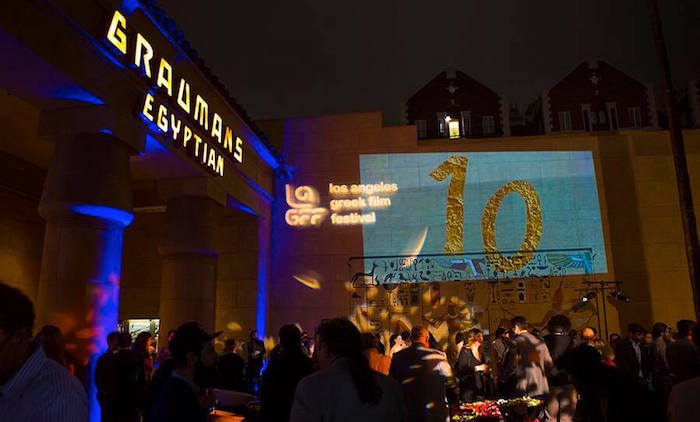 Watch interviews and coverage from the opening night of the Los Angeles Greek Film Festival (LAGFF), the most Greek red carpet in Hollywood!

10 years ago, a few Greeks were crazy enough to start a festival promoting Greek Cinema in the entertainment capital of the world. Here’s what happened on the opening night of their 10th anniversary!

The red carpet of the LAGFF attracted the Greek elite of the entertainment industry together with many Hollywood movers and shakers to promote Greek cinema and Greece. The opening night took place at the Egyptian theater in Hollywood on June 1.

Watch our interviews from the event conducted by Katerina Cozias:

Many well known actors and filmmakers were in attendance including Louis Mandylor of My Big Fat Greek Wedding, actress, model and host Patricia Kara best known for her participation in Deal or No Deal, Greek-Australian director of ‘3000’ Antonis Tsonis, and Christopher Papakaliatis, the director and star of “Worlds Apart”.

The festival opened with the film ‘Mythopathy’ of Greek director Tassos Boulmetis. Following the premiere at the Egyptian theater in Hollywood, Greek-Cypriot singer Alexia Vassiliou took the stage of the after-party to sing for the guests under the Hollywood stars.

The LAGFF is sponsored by Earth Friendly Products, Hostess, George Kolovos and Associates, the Greek Ministry of Tourism and others.