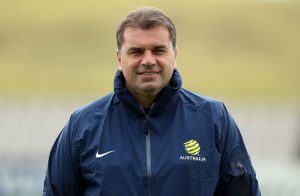 A mutual exchange of gratitude and admiration took place between footballer Andreas Samaris and Socceroos boss, Ange Postecoglou. Postecoglou, who initially took over as coach for the third division team Panachaiki in 2008 in his home country, Greece, remembers the 18-year-old Samaris as he first started out in his career.

“He gave me my first long run of games…So that gave me confidence and I started to understand what professional football was.” Samaris said of Postecoglou before Greece’s two-match friendlies with Australia.

Samaria spoke of a man who befriended the players, as well as respected the professional relationship between a coach and his team.

“He was talking to us like we were friends, but when we were on the field, he was our coach and we were the players.”

The feeling was mutual as later Postecoglou spoke affectionately of Samaris.

“He was a talented young boy…There were a few talented boys in Greece, but he had something about him…to see his journey has been fantastic,” Postecoglou said.