GRNews
GreekReporter.comGreeceFormer Greek King Constantine Would Return to Throne if People Wanted Him 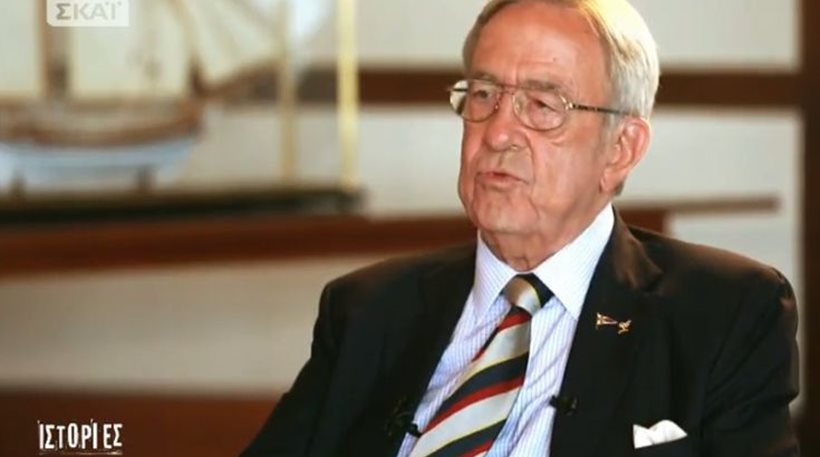 Former king of Greece, Constantine, said he is not interested in entering Greek politics because he doesn’t know anything about politics. He refuses to apologize for the coup in Greece because he was not aware that a move for a dictatorship was being planned in 1967.
Speaking on private SKAI TV, he said that he was not in cahoots with the generals movement and had even ordered airplanes to fly over the Acropolis “breaking the sound barrier” in order to show the junta who was boss, but his orders had not been followed so that the Acropolis wouldn’t fall and pregnant women miscarry out of fear.
The former king had met Alexis Tsipras by chance once and had advised him to never mislead the Greek people. He says that he has never voted but felt betrayed by statesman Konstandinos Karamanlis for the “invitation” to return to Greece in 1974, an invitation that he had never received.
He stated that history would want him to be remembered as someone who preferred to step back rather than let his country slip into another civil war.
Upon seeing the former royal grounds in 2004 when invited to the presidential mansion by former president Kostis Stephanopoulos, he was surprised by the changes. He was particularly annoyed by a huge ladder with marble fixtures that he says he would never have added to a family residence. He says that his father, at such a sight, would have been outraged.
Regarding the current situation in Greece, he placed himself in favor of a government of national unity.
Asked if he would be interested in returning the monarchy to Greece, he said that this would be in the hands of the Greek people and up to them to decide. He pointed out that, in the past, this had happened twice after the departure of a king. He said that he would not do anything to take the throne, however, if Greeks were to demand it then he would accept the role.