GRNews
GreekReporter.comDiasporaTurkey's Continued Siege of Constantinople: Insulting Celebration of Greek Bloodshed on May...

Turkey's Continued Siege of Constantinople: Insulting Celebration of Greek Bloodshed on May 29 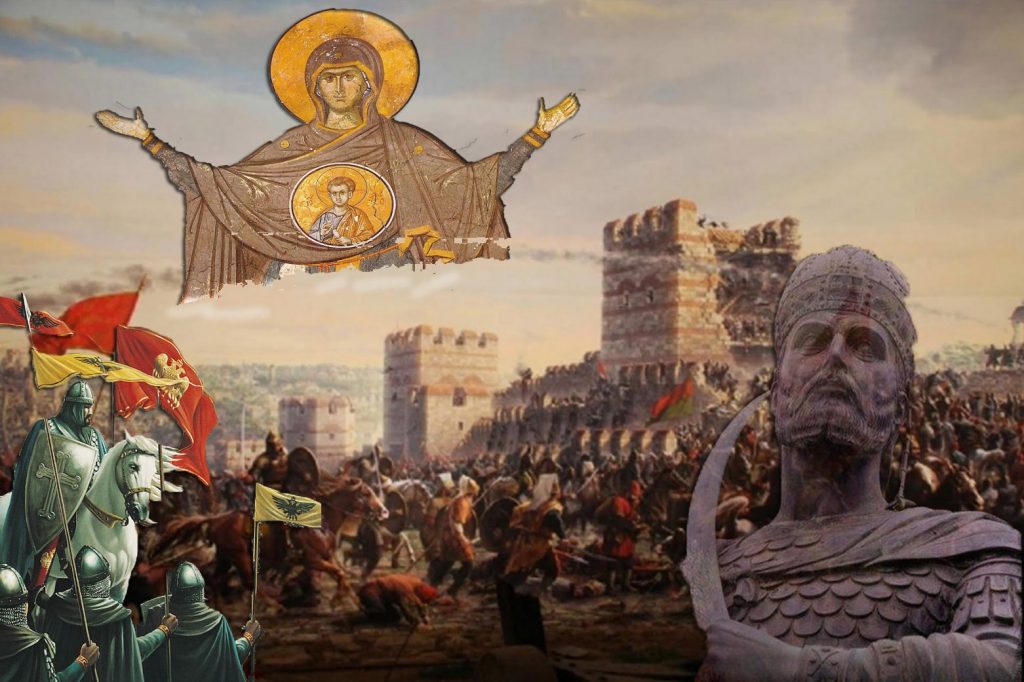 May 29 marks the 563rd anniversary of the siege and capture of the magnificent Christian Orthodox city of Constantinople, the eastern capital of the Roman Empire, to the forces led by the Ottoman Turkish Sultan, Mohammed (Mehmet) II. A dark day in history, the invading Ottomans defeated the army commanded by Byzantine Emperor Constantine XI Palaiologos after a 53-day siege.
After the conquest, the city was plunged into darkness as the capital of the Ottoman Empire. Thousands of Greeks fled the city with the majority migrating to Italy, helping fuel the Renaissance.
More than half a millennium later, the Turkish government continues to celebrate the fall of the city, today’s Istanbul, with religious, sports and media fiestas. This year’s events are greater than ever with more than a million people set to witness the festivities held by Turkish President Recep Tayyip Erdogan and his new sidekick, Turkish Prime Minister Binali Yildirim. 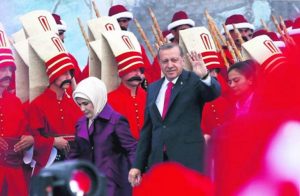 The main element of the celebrations is hyperbole, as the Erdogan government wants to exploit the Fall of Constantinople and use it as a show of strength. Like a modern-day Mehmet, who took the title “the Conqueror” for himself at the age of 21 years. By exploiting a dark day in Greek history, Erdogan wants to promote secular nationalism embedded with a religious message about the fall of Constantinople as a sign of Islamic jihadi victory over Christianity. 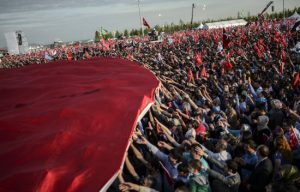 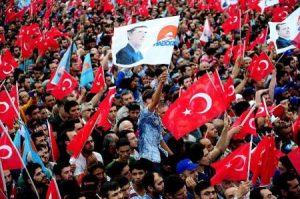 A huge 3D Imax screen, the largest in the world, will feature simulations of the siege and conquest presenting the Ottoman jihadists who spread panic, terror and darkness as heroes heralding the birth of Islam in Istanbul. Fireworks will fill the skies in a bedazzling spectacle. 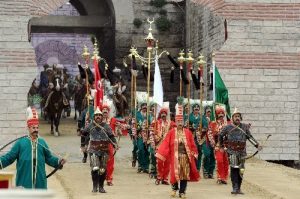 The festival is a serious event in Turkey. For this reason, 520 experts were commissioned to design and execute the spectacles in which 1,200 people will take part. Volunteers this year were double those in the past. 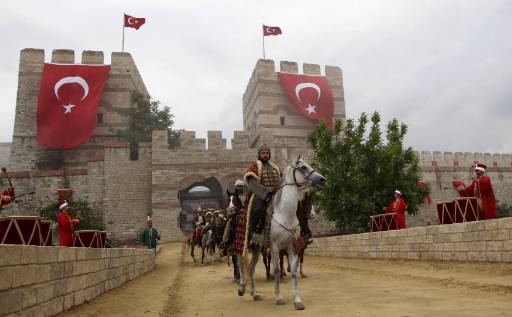 Security measures will be tighter than ever before in a city that has become a magnet for terrorist attacks. A number of central arteries leading to the city will be shut for six hours at least.
This year’s event aims will be broadcast in Turkish and another six languages: English, Spanish, Arabic, French and Russian as well as in sign language.
Muslims Protest Outside Hagia Sophia to Convert It Into a Mosque
Thousands of fanatical muslims gathered at the square outside Hagia Sophia in Istanbul. Reading the Quran, they demanded they be admitted inside the monument that is now a museum so as to pray. Dogan news agency says that they called out messages, such as “Break the chains. Open Hagia Sophia.” 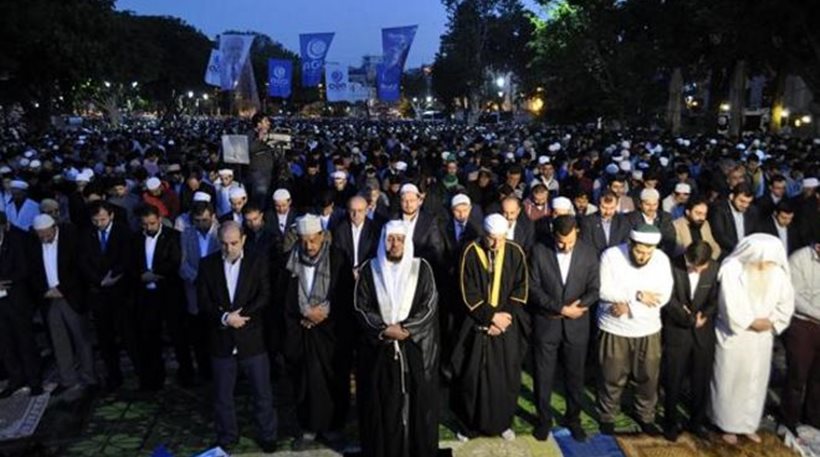 “In the name of thousands of our brothers we demand to be allowed to pray inside the Hagia Sophia mosque,” said Salih Turhan, who organizes the demonstration at around the time of the anniversary for the Fall of Constantinople every year.
Hagia Sophia, meaning Holy Wisdom in Greek, is a Byzantine church, which also served as a mosque for more than 450 years before it was turned into a museum more than 80 years ago. The basilica was built in the sixth century and served as a Christian cathedral for more than 900 years before it was converted into a mosque in 1453 as a symbol of Ottoman victory over the Byzantium.