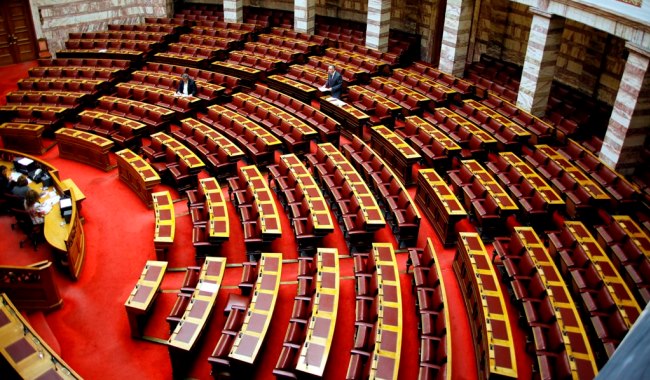 The Greek government is tapping on state organization fund reserves for liquidity, asking that the organizations transfer reserves to the Bank of Greece.
The unemployment office, hospitals, the national health system fund, even the Greek parliament fund have been asked to make their reserves available to the State.
Reportedly, House Speaker Nikos Voutsis transferred 65 of the 75 million euros available in the Greek Parliament fund. The Labor and Unemployment Organization (OAED) has made 100 million euros available to the state.
As negotiations with creditors on the bailout program review delay, so is the disbursement of the much-needed loan tranche of about 5.7 billion euros.
New Democracy president Kyriakos Mitsotakis criticized the government move saying, “A year ago, the SYRIZA-ANEL government began the forced internal borrowing. They emptied the reserves of pension funds. They put their hands on the funds of state organizations, municipalities and regions.”
And the conservative party chief continues: “Today, a year later, the SYRIZA-ANEL government makes a new rififi. They break the piggy banks and get the little liquidity left over from hospitals, OAED, EOPYY and the House. The government, unrepentant, prove that they don’t learn from the mistakes that hurt citizens and led the country to the brink of disaster. The only service they can do to the country is leave now,” Mitsotakis notes.