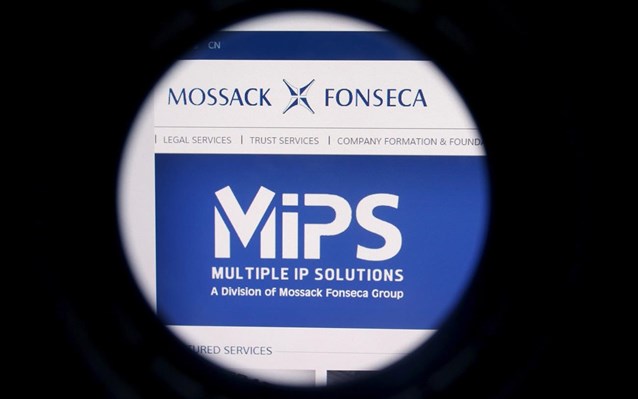 Stavros Papastavrou, an aide of Greece’s former prime minister Antonis Samaras, is a Greek politician whose name and activities appear in the Panama Papers.
Specifically, the documents of the Mossack Fonseca law firm on Papastavrou say:
“Not long after Antonis Samaras came to power in the June 2012 Greek elections, Stavros Papastavrou, a lawyer and longtime Nea Demokratia party operative found himself working for the new prime minister as deputy chief of staff for European and international affairs. While his job initially seemed ill-defined, Papastavrou ended up becoming Samaras’ chief negotiator with the European Union, the International Monetary Fund and the European Central Bank over the Greek bailout. Meanwhile, a tax-evasion probe turned up an undeclared bank deposit of about $6.9 million in an HSBC Swiss bank account with Papastavrou’s name on it. He denied the money was his, but paid a $3.6 million fine on Feb. 2, 2016, to settle charges of tax evasion and money laundering. He has vowed to prove that the fine was unjust and have it revoked,” the document says.
From 2005 to 2014 Papastavrou was a member of the councils of the Panamanian foundations Green Shamrock Foundation and Diman Foundation. In 2006, he became the deputy chairman of Aisios Foundation, which still exists today.”

“Initially Papastavrou said he didn’t remember the foundations but later said his records showed him as having served as a member of the councils of the Green Shamrock, Diman and Aisios foundations. He said he did so “for two long term family friends” and received no compensation. He said he had “no ownership interest in these entities of any kind” and “was under no obligation” to declare them to tax authorities.

He later wrote that the councils were meant to be active only if a foundation’s founder died, which “never happened” for any of the three. A law firm speaking on behalf of the owner of the Aisios foundation wrote that Papastavrou resigned in 2012 and never had a “right to the foundation’s assets and never received any remuneration.” 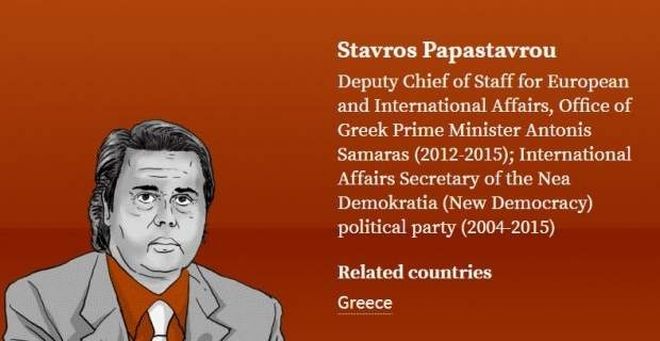 What are the Panama Papers?

The hidden wealth of some of the world’s most prominent leaders, politicians and celebrities has been revealed by an unprecedented leak of millions of documents that show the ways in which the rich can take advantage of secretive offshore tax regimes.
Journalists from more than 80 countries have been reviewing 11.5 million files leaked from the database of Mossack Fonseca, the world’s fourth biggest offshore law firm.
German newspaper Süddeutsche Zeitung obtained the documents from an anonymous source and shared it with the International Consortium of Investigative Journalism and The Guardian and BBC.
The Mossack Fonseca files raise fundamental questions about the ethics of such tax havens. The document leak comes from the records of the firm. The information is near live, with the most recent records dating from December 2015.
Three hundred and 70 reporters from 100 media organizations have spent a year analyzing and verifying the documents.
The trails of documents lead to 12 national leaders among 143 politicians, including Russian President Vladimir Putin, Nawaz Sharif, Pakistan’s prime minister; Ayad Allawi, ex-interim prime minister and former vice-president of Iraq; Petro Poroshenko, president of Ukraine; Alaa Mubarak, son of Egypt’s former president and the prime minister of Iceland, Sigmundur David Gunnlaugsson.
The names of FIFA and UEFA top members (Michel Platini), athletes (Lionel Messi), actors (Jackie Chan) and multimillionaires feature in the documents.