Cremation Is Now Legal in Greece 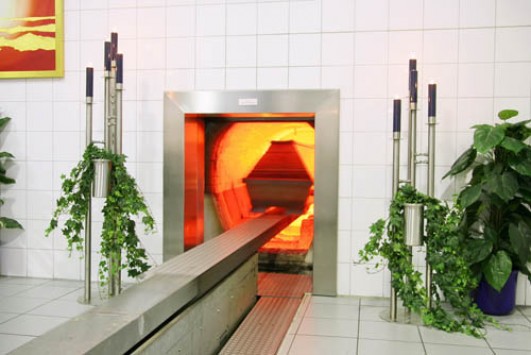 Cremation of the dead is now legal in Greece, despite strong opposition from the Orthodox Church. The law on cremation was officially published in Monday’s Government Gazette.
The Church of Greece prohibits cremation. However, the bill that was passed in parliament on Saturday provides that the choice of burial rites is every person’s right.
The law provides that any person can freely declare before a notary the type of funeral ceremony and the place of burial. With the notarized declaration of the person who wishes to be cremated, relatives and friends can grant his or her wish.
The law also says that if the wish of the deceased is not contrary to public policy, health regulations or moral traditions, the persons or services that have undertaken the burial of the deceased have to comply to the deceased’s wish.
The Holy Synod of the Church of Greece sent a letter to Minister of the Interior Panagiotis Kouroumblis on January 14, 2016, protesting against the draft bill on cremation. According to Church sources, the minister did not reply.
On the issue of cremation, Archbishop of Athens and All Greece Ieronymos has recently stated, inter alia, that, “The Church has a certain way of life and no one has the right to add things of their liking. The basic principle of Orthodoxy is that every man has freedom of choice. At the same time every man assumes responsibility of their actions. If a person asks in writing to be cremated, it is their choice and their responsibility. But he cannot ask to be partly Orthodox and demand Orthodox funeral rites and ceremonies.”