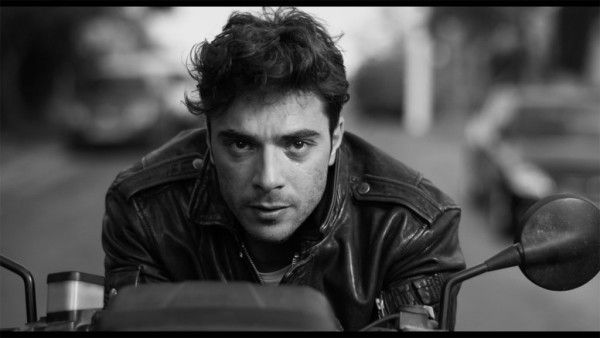 The Greek short film “3000” was shown during a private screening for the media held at DDP & Deluxe International Studios production company. It is a special short film written and directed by acclaimed Greek-Australian director Antonis Tsonis, starring well-known and first-appearing Greek actors, while the story takes place in the modern crisis-stricken Athens.

Antonis Tsonis was born in Athens to Greek parents. His father Theodoros, originated from Sparta and his mother Angeliki (nee Sovolou) from the village of Tsitalia, Arcadia. His family migrated to Melbourne, Australia when Antonis was only 11 months old. His father quickly became one of the largest publishers among the Greek Diaspora in Victoria.

Tsonis grew up in a literary and spiritual environment, where he was able to discover poetry at the age of 7, and started writing his first verses.

He studied Law and History and received his PhD in Jurisprudence from the University of Melbourne. He has won Best Director awards at various international competitions, including the Levante International Film Festival in Italy and the Outstanding Director Award “Federico Fellini” at the Indonesian Film Festival.

In his short film, “3000,” Tsonis describes life in modern Athens, which has been pushed to its limits over the last few years, challenging people to rethink their critical approach to Greek people’s every day struggle.

The film focuses on emotion, avoiding violent or traumatic scenes, while zoning in on the protagonist’s drama even though there are worse situations around him.