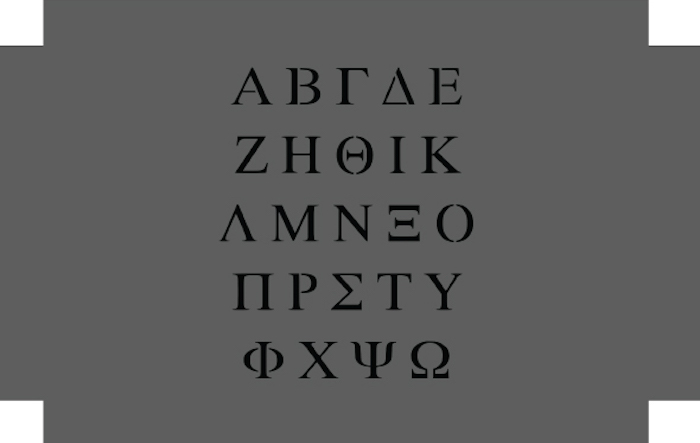 Greek has been classified as one of the twelve priority languages of wider use in Australia and is taught in all states and territories in a variety of systems and levels of education.

Network analysis shows the importance of family networks in maintaining the core culture among members of the Greek community. The overriding attitude towards education and culture dictates maintenance of Greek as a medium of communication or as a symbol of identity.

Tamis and Gauntlett (1993) have argued that the significance of Greek for Australia derives principally from the established presence of a vast number of Greek-speaking residents (estimated at 360,000) and of many more thousands of Australians with ancestral, sentimental, professional, cultural and intellectual ties with Greece and Greeks.

Greek remains the sole modern descendant of the Hellenic branch of the Indo-European family of languages, in which fundamental texts of western civilisation and Christian scripture were formulated and transmitted through the ages.

In 2015, the vitality of the Greek language in Australia is determined by a variety of factors including the disposition of Greek community members towards it and their desire for continued distinctiveness as a group.

Sociocultural factors in favour of Greek language teaching and learning include the existence of a large number of speakers, the creation of broad functional areas and an adequate community network which will develop language use outside and beyond the group-controlled areas of home, church and ethnic school.

It is important to note that:
Greek does not simply derive its significance only as a community language or as the norm of the Greek-speaking sector of the Australia community, which is vigorously organised, politically robust and strongly committed to maintenance of its Hellenic Australian identity.

The significance of Greek for Australia derives principally from heritage, moral, intellectual, academic, linguistic and utilitarian reasons:
– moral and intellectual, because Greek is the only extant Heritage Language of the western world known and used in Australia;

– academic because Greek language (in its ancient, medieval and modern variants) is being taught together with classical studies and the Greek history and culture at over 2,000 universities around the globe attracting more than one million students;

– linguistic because by learning the Greek language students and indeed world citizens have the opportunity to learn about and understand better their own language, as a very significant percentage of their mother tongue, etymologically, is derived from Greek words.

– utilitarian, because of an established presence of a vast number of Greek-speaking residents (currently estimated at 400,000) and of many more thousands of Australians with ancestral, sentimental, professional, cultural and intellectual ties with Greece, Cyprus and the millions of Hellenes in the diaspora.

Why is it important to learn Greek?
(a) Greek is the oldest and sole survival of ancient European languages bearing a linguistic tradition of 4,000 years. It has been the basis of the European civilisation and naturally has fundamentally affected other languages and cultures.

(b) Greek remained the language of global civilisation from 480BC to AD1500 in both oral and written forms and was the official vernacular of the entire Hellenised world from Western Europe to India. Hence, the general use of Greek was of enormous importance to the spread of Christianity.

(c) Greek is the sole modern descendant of the Indo-European family of languages, in which fundamental texts of western civilisation and Christian scripture were formulated and transmitted through the ages. Even in the 21st century, Greek-speaking Patriarchates in Constantinople (Istanbul), Jerusalem, Alexandria, Cyprus and Greece commemorate the 1,000 years of Greek presence in Europe, Asia and Africa.

(d) Roman Catholicism and Greek Orthodox were the two Christian worlds in Europe and Asia. The entire world of Greek Christians, incorporating the Russians, Rumanians, Ukrainians, Bulgarians, Serbs, Macedoslavs, and Syro-Lebanese used Greek as their official language of liturgy and sermons.

(e) Greek is designated as one of the five official languages of the European Union and is rated as a major world language in spite of the comparatively modest number of its current native speakers.

(f) Greek composed writings by reputed individuals of intellect such as Plato, Aristotle, Homer, Aeschylus, Sophocles, Euripides, Herodotus, Thucydides, Plutarch, Hippocrates, the great fathers of the Christian Church, the great hymnographers, philologists, mathematicians, physicians, anthropologists, ethnologists. Naturally, the notions born herein, expressed through the words of the Greek language, pervaded the languages and the civilisations of the world and left an eternal mark on what is known as the European civilisation. Studying the Greek language is not a product of fashion or of utilitarian motives. It has its origins in man’s desire to study the great texts about great issues.

(h) It would be a cultural deficit for Australia if Greek is to be confined within its current spectrum and not be accessible nationally, in terms of universal education and culture, especially, as the Greek language came to be not the exclusive property of the Greeks only, but of all humanity.

(i) Every national language constitutes the identity and the physiognomy of that nation. In the case of Greek, the language transmits and creatively enriches all modern western languages as it remains the robust source for new words and concepts for these national languages. To fully understand the meaning and culture of 28,000 English words of Greek origin, it is necessary to know and study the Greek language and culture; otherwise it would be a Herculean task to understand the meaning of polis, police, politics, democracy, tyranny, tyrant, oligarchy, aristocracy, just to mention some words from the field of politics. Hence, the acquisition of Greek is further enhancing the better understanding of English.

(j) Greek as a Heritage Language, besides aspects of use and utility, possesses another aspect, the moral one. Hence, the learning of Greek, apart from professional improvement in terms of income or social prestige etc., can provide a better, more direct, profound and essential understanding of the people who speak it, who exist immersed in it.

(k) The significance of Greek for Australia’s external trade resides both in the actual and potential links with the European Union via Greece and Cyprus and via connections between Greece, Cyprus and the Greek Australian community and in the fact that, among others, the Greek merchant marine transports the largest quantity of Australia exports across the globe.