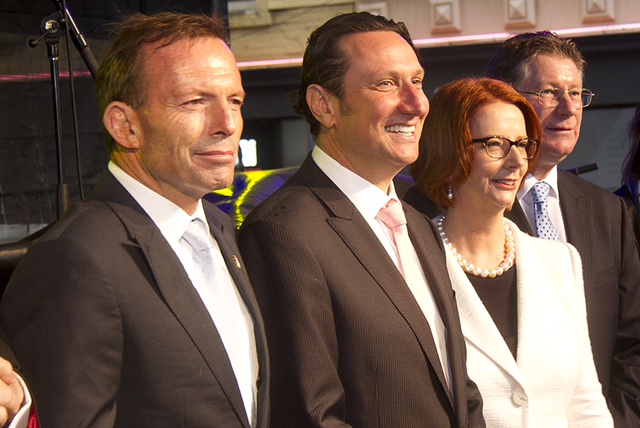 Australian Prime Minister Malcolm Turnbull will be attending the opening of the Greek Lonsdale Street Festival on Saturday, February 27. The festival opening will also be attended by the leader of the federal Opposition, Bill Shorten, Prime Minister of Victoria, Daniel Andrews, federal and state parliamentarians, as well as representatives of Greek diplomatic and religious authorities.

The main event of this year’s festival will be the free concert by Greek singer Alkinoos Ioannidis, on Saturday, February 27. As reported a few days ago, the singer will be traveling to Melbourne in order to participate in the festivities.

Greek Community president Bill Papastergiadis, expressed his satisfaction at the positive response of the Australian prime minister towards the Community. “We are very pleased that Australian Prime Minister Malcolm Turnbull will attend the opening of the 29th Greek Lonsdale Festival that our Community is organizing this year on February 27 and 28. The prime minister’s positive response to our invitation proves that the festival is recognized as one of the most successful and biggest festivals not just among the people of the diaspora, but also among Australians. It is very rare for the Australian Prime Minister and the Prime Minister of Victoria to attend an event at the same time,” he said.

“This is the fourth time that the Australian Prime Minister is attending our festival. Our contact with him offers us the chance to promote the discussion of educational and cultural issues,” he added.