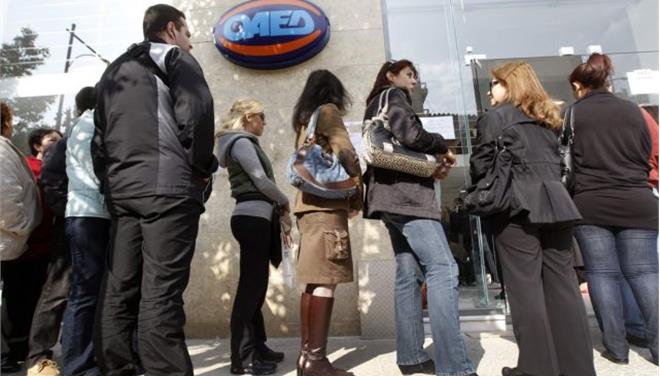 Unemployment among women is the main reason for low birth rate in Greece, says a HuffPost Greece report.
The report cites demographer Peter McDonald who believes the declining number of live births does not directly relate to poverty as much as it relates to unemployment among women.
McDonald uses the fertility rate as an indicator of his theory. The fertility rate refers to how many children a woman would give birth were she to live all her childbearing years at the current fertility rates for her age group. For developed countries to keep their populations from declining, the fertility rate must be about 2.0.
The fertility rate in Greece has been 1.1-1.3 since 2009 when the economic crisis started having an impact. However, McDonald argues, even before the crisis, Greece was among a number of developed countries with a fertility rate of 1.5.
Countries with a fertility rate of 1.5 include Italy, Spain, Germany and Austria, as well as Thailand and China. In the Scandinavian nations, as well as some French and English-speaking countries fertility rates are at 1.7, the HuffPost Greece report says.
McDonald believes that the difference between these two groups lies not so much in the economic situation of the countries as in the participation of women in the labor market. The fertility rate is lower in countries with higher female unemployment.
According to the Greek Statistical Authority (ELSTAT) about 1.2 million Greeks were unemployed in July 2015. Unemployment was even higher for women, reaching 29.4 percent.
McDonald says that Greece’s “demographic bomb” is a result of a combination of factors, but that the unequal participation of women in the labor market is the most significant.
According to a survey conducted by Doctors Without Frontiers, four in 10 women in Greece decided in 2014 to have fewer children, or no children at all, claiming economic reasons, including a fear of losing their jobs. As a result, the survey indicates, one-fourth of Greek women born in the ’70s will be childless.
In addition to unemployment among women, other factors contributed to the childbearing crisis, including the fact that many Greek children live at their parents’ home. More than half (57 percent) of people between the ages of 18 and 34 haven’t left the family home.
Another factor is the migration of many young Greeks, especially people with higher education, who seek a better future abroad.
Furthermore, budget cuts in the health and social services sector provide another obstacle. A lack of day care options make it difficult for working women to combine motherhood with a demanding job. Uninsured pregnant women face increasing difficulties accessing health services, whether for check-ups during their pregnancy or later on for medical services for their babies.
According to McDonald, the birth and fertility rates will rise only if proper infrastructures are created, such as day care centers and nurseries to encourage women to get in the labor market. It is very unlikely that in today’s economy a mother can be a stay-at-home wife.
McDonald takes it a step further saying that the rise of births can have a positive effect on the economy by helping bring about a GDP increase, and can help relieve the stress an aging population puts on the social security system. In turn, a GDP growth will reinforce birth rates, the demographer argues.
Therefore the solution is, “That social institutions have to support the effort of mothers to combine work and family. This includes hiring contracts on the part of employers, help with house work on the part of husbands and state support through nurseries and parental leaves,” McDonald concludes.

Greece announced on Saturday 2,301 new cases of coronavirus and 41 fatalities., while a total of 452 patients remain intubated in ICU.
Business